A University of the Sunshine Coast Arts student who “fell in love with stage management” during her Drama major has won a coveted role with the prestigious Ensemble Theatre in Kirribilli, Sydney.

Golden Beach resident Lara Qualtrough, who graduated with her Arts degree in April and is continuing a Graduate Diploma in Secondary Education, has been employed by the theatre as stage manager on a production from June to August.

The 39-year-old was among the first graduating cohort of USC’s Drama major since the program started in 2013.

Drama Lecturers Dr Jo Loth and Dr Natasha Budd said they were thrilled with the early successes of all seven graduates.

“They are either working in the industry or doing further study in the fields of education, musical theatre and higher degree research,” Dr Loth said.

“The USC Drama program is focused on creating well-rounded theatre workers and a key component is the internship course, which connects students with workplaces. This ensures students develop relevant, practical skills and valuable industry networks.”

Ms Qualtrough said her highlights included working on the USC Theatre production of Hamlet.Psyched in 2014 and an internship on a production of Samson that was performed at Belvoir Street Theatre in Sydney and La Boite Theatre in Brisbane.

“I was so lucky to get the internship and I worked closely with their stage manager, which led to work experience with the Ensemble Theatre during semester break in 2015,” she said.

“I was involved in everything from resetting the rehearsal space to working with professional actors. An opportunity opened up and I went for it.”

USC Drama graduates include: Pomona 20-year-old Tremayne Gordon, Bachelor of Creative Industries, who has been awarded a writing mentorship with the Australian Theatre for Young People in Brisbane; Kureelpa 23-year-old Anthony Borsato, Bachelor of Arts, who has received a performing arts scholarship from the Caloundra Events Centre and is studying Honours at USC; Maleny 52-year-old Rebecca Dostal, Bachelor of Arts, who is a freelance community arts worker. She did an internship with The Sunshine Troupe and has since worked with that company and the Brisbane-based Access Arts. She is involved in the Urban Puppet Project. 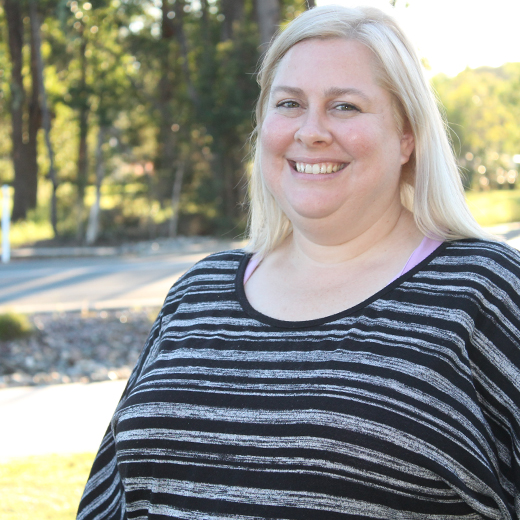