Plans are in place for a University of the Sunshine Coast scientist to lead an international collaboration of researchers to develop a rapid Zika virus diagnostic test.

Senior Lecturer in Molecular Engineering Dr Joanne Macdonald has returned from an Australian Government-organised research mission to Brazil and Colombia, where she made connections with local researchers who are working to combat the disease.

During the mission, Dr Macdonald met with scientists from Brazil’s two largest medical research institutions as well as representatives from the Tropical Medicine Institute of Colombia.

One of just 14 Australian researchers selected for the mission, Dr Macdonald is keen to develop a tool to quickly detect and track Zika, using technology she has previously developed to detect other dangerous tropical diseases.

While based in Rio De Janiero during the 10-day mission, Dr Macdonald noted that mosquito spraying programs were continuing across the city, as health authorities prepare for an influx of visitors for the Olympic Games in August.

Dr Macdonald said new reports from local researchers indicated that unborn babies affected by the virus might experience serious problems beyond the cases of microcephaly, or undersized heads, which have been widely reported.

“Unfortunately, the virologists on the ground believe that microcephaly could be just the tip of the iceberg,” she said.

“According to the latest accounts, there are babies born blind or deaf, with twisted feet, stiff joints, or with tremors or convulsions. Even those who initially seemed healthy are showing developmental delays.”

After staying in Brazil, Dr Macdonald’s advice for anyone planning to travel to Rio mirrors that provided by the Department of Foreign Affairs and Trade at https://smartraveller.gov.au/bulletins/zika_virus.

She said there were simple measures that visitors to Rio could take to protect themselves against Zika virus, as well as other tropical diseases like dengue and chikungunya.

“Ultimately, the best protection for any of these diseases is to not get infected,” she said.

“People should make mosquito repellent containing DEET their perfume or cologne of choice while visiting Rio, and spray both their skin and clothes.

“I would advise people to bring their own repellent from home, as prices have skyrocketed in Brazil since the Zika outbreak.” 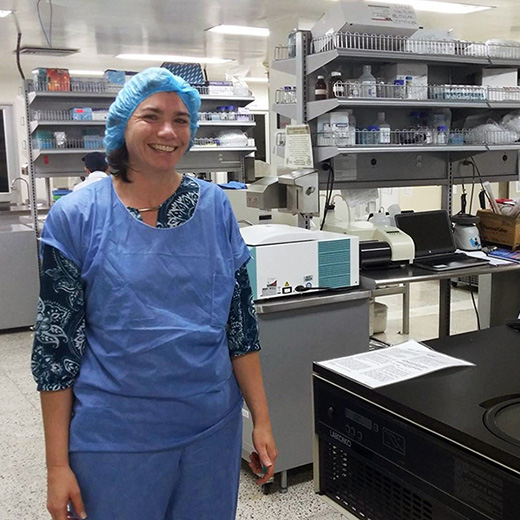