Military action shouldn’t be considered the only solution to halting terrorist groups like ISIS, a University of the Sunshine Coast researcher says.

PhD candidate Ben Harris is investigating the benefits and challenges of engaging with violent non-state actors (VNSAs) using coercive diplomacy, a technique that blends aspects of diplomatic and military strategy.

Over the course of his three-year project, Mr Harris plans to develop a framework that sets out the circumstances in which coercive diplomacy is most likely to be effective in forcing VNSAs to abandon violence.

He said traditional engagement methods such as armed force, imprisonment and torture have often proved unsuccessful in countering the violence caused by organisations like ISIS, Boko Haram and Al Qaeda.

“While some people might find it appealing to try to completely eradicate these groups, what is more realistically achievable is forcing them to moderate their use of violence and, by extension, vastly reduce the number of deaths caused by the conflict,” he said.

“That’s where coercive diplomacy comes in. The idea is to use threats and escalating pressure, whether military, economic or diplomatic, to influence the target’s decisions, without crossing the threshold of demonstrative force.

“There will be times that military conflict is the only viable option against VSNAs, but I’m hoping this research will open people’s eyes to the possibility of a more peaceful solution to some of these problems.”

In previous research, Mr Harris has investigated the Western coalition’s use of coercive diplomacy during the Iranian nuclear crisis, which resulted in the signing of the Geneva interim agreement to freeze the country’s nuclear program.

However, Mr Harris said, using the strategy against decentralized VNSAs like ISIS was likely to be markedly more complicated than using it against governments.

“In state conflicts, the motivation for the actions of the parties involved is generally about state survival and power balances,” he said. “But non-state terrorist groups can be motivated by a combination of complex factors like religion, politics, or ethno-nationalism.

“There are other logistical challenges in engaging with VSNAs as well, such as who do you issue the threats to and how will they be communicating? Do they actually have any assets that we can threaten against?

“Coercive diplomacy is unlikely to work in every situation, however, I think it is an appealing alternative to armed force and therefore one tool to add to the armory.” 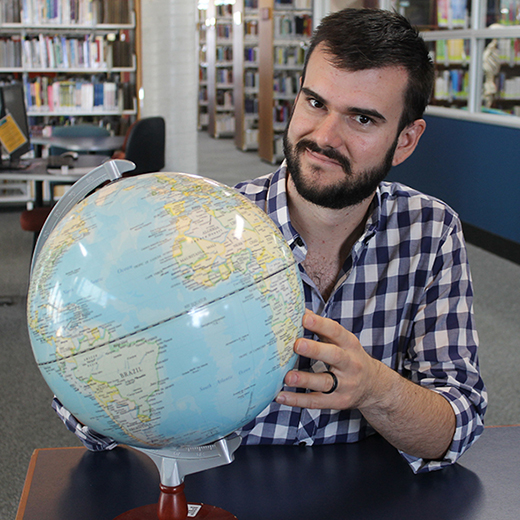