Indigenous performer Dimity Shillingsworth does not like to be called a role model, but that is the part the University of the Sunshine Coast student plays for scores of Indigenous university and high school students on the Fraser Coast.

The 23-year-old is half-way through a Bachelor of Human Services at USC Fraser Coast and has recently started a part-time position as an Indigenous Engagement Assistant at the campus in Hervey Bay.

The keen actress and dancer grew up in the Blue Mountains and studied and performed with the Western Australian Academy of Performing Arts and the Aboriginal Centre for Performing Arts in Brisbane, before moving to Hervey Bay in 2013 with her family, who are from the region.

“While I love live theatre and dancing, once I started university here on the Fraser Coast I discovered my real passion is youth and community work,” Dimity said.

As an Indigenous Engagement Assistant, Dimity is one of the first points of contact for the 15 Aboriginal and Torres Strait Islander students enrolled at USC Fraser Coast.

“A large part of my role is community engagement and working with the local elders and various community groups to raise the education and employment aspirations of the Aboriginal and Torres Strait Islander community,” she said.

“I also help to tutor up to 30 high school students from Hervey Bay and Urangan High Schools at an Indigenous-based homework club held every Tuesday at the USC Fraser Coast library.”

In 2014, Dimity was awarded a NAIDOC Female Young Leader Award for her volunteer work which included acting as a mentor and sharing Indigenous culture with students at Hervey Bay High School.

Her position at the Fraser Coast campus is provided by USC’s Indigenous Services, which aims to build self-belief and promote a strong sense of belonging for Aboriginal and Torres Strait Islander students.

Dimity said she plans to become a community youth worker when she graduates.

“My main message to Indigenous students who are unsure about university is to believe in yourself and find something that you are passionate about,” she said.

“When I first started studying, I didn’t really believe I was going to be able to do it. But I found something that I really loved, which was Human Services and community work.

“I was studying Indigenous courses that I really connected with, and I just wanted to know more.” 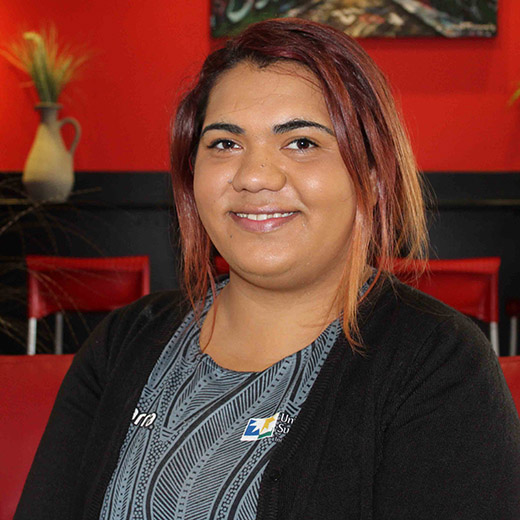 The COVID-19 crisis and the rollout of the National Disability Insurance Scheme (NDIS) has created a critical need for local social workers, according to USC Fraser Coast’s new Social Work academic Tess Parker.

Kristy aims high as she reaches for career dream

While Kristy Benson once thought attending university was out of reach, she now says studying Midwifery at USC helped her realise the importance of chasing a dream and the power of self-belief.