More than three years of forestry research by the University of the Sunshine Coast in Papua New Guinea has been formally acknowledged by Her Majesty Queen Elizabeth II at a reception at Buckingham Palace.

Australian Minister for Foreign Affairs Julie Bishop announced on 17 November that the project, ‘Enhancing the Implementation of Community Forestry Approaches in Papua New Guinea’, had been showcased at Buckingham Palace in London and awarded accreditation under the Queen’s Commonwealth Canopy (QCC) initiative.

The QCC was launched at the Commonwealth Heads of Government Meeting in Malta in 2015 as a network of outstanding forest conservation initiatives involving the 52 countries of the Commonwealth.

USC Tropical Forests and People Research Centre Director John Herbohn welcomed the global honour and said it was the result of great teamwork within USC and with partners in government departments, research agencies and the private sector in Australia and PNG.

“USC Senior Research Fellow Dr Bob Fisher and fellow researchers including PhD student Micah Scudder are working with these communities to identify how they can use their forests for eco-forestry while retaining substantial cultural and environmental values.

“USC Associate Professor Jack Baynes and fellow researchers are focused on areas such as the Ramu Markham Valley in the country’s north, where there are few remaining trees.

“In conjunction with Forest Authority staff and Ramu Agri-Industries (part of the Sime-Darby group of companies), we’re helping local people to reforest the valley by trialling new systems that take into account their aspirations, needs and motivations.

“In addition, USC PhD student Will Unsworth from Ramu Agri-Industries is working to restore forest diversity along sensitive riverine areas.”

Professor Herbohn said the highly successful research, which USC hoped to continue, had provided great opportunities for USC staff and students and had sponsored community forestry research at the University of Papua New Guinea.

“Most importantly, our research is making a real difference to the lives and livelihoods of people in PNG,” he said.

USC Deputy Vice-Chancellor (Research and Innovation) Professor Roland De Marco said the University had established the flagship Australian Centre for Pacific Island Studies involving agricultural research for development in the developing world, with a focus on forestry research in the Pacific Islands region.

“Recognition of this significant PNG project through the QCC initiative is testimony to the excellence and standing of USC’s research in this important field of endeavour,” he said. 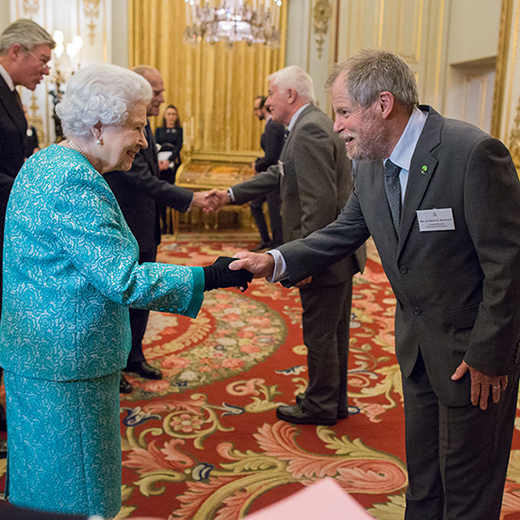