A University of the Sunshine Coast graduate who went on to become a general practitioner registrar is now building a career at the forefront of preventative medicine.

Dr Zac Turner, 30, graduated from USC with a Bachelor of Biomedical Science in 2009 before completing a Bachelor of Medicine/Bachelor of Surgery at the University of Sydney.

He later opened a holistic cosmetic medicine and wellness centre in Sydney and has founded several companies in the health services industry, alongside regular media appearances (as ‘Dr Zac’) to promote the importance of preventative healthcare.

During his final year of medical school Dr Turner, who also holds a Bachelor of Nursing, enlisted as an officer in the Royal Australian Navy, where he completed his internship and residency as a Lieutenant before training as a GP.

He said that while he had always dreamed of studying medicine, his career highlighted the fact that medical graduates could find interesting and varied careers outside the hospital system.

“My personality type is that I’m very good at juggling a lot of things, but I don’t have the singular focus you need to pursue a surgical specialty,” he said. “I love medicine itself, but I also love that it’s enabled me to pursue other interests, including business and media.”

Dr Turner, who is based in Sydney, now divides his time between making house calls as a GP, consulting to a range of cosmetic clinics and working in his businesses, which are dedicated to “keeping healthy people healthy”.

“A majority of my work involves looking at ways to increase people’s vitality,” he said. “There are so many things people can do to optimise their health and lifestyle, so it’s about finding the right combination for each individual.

“I’m also very interested in how we can delay ageing and allow people to live longer, happier and more functional lives.”

Dr Turner, who is one of more than 400 alumni represented on the University’s new Graduate Walk, said some of his current business ventures were conceived during his time at USC.

“One of the things I loved about being at a relatively new uni was that it was a melting pot of ideas,” he said. “If you go into a place like USC with an open mind and a bit of motivation, you can set the foundation for a really exciting future.” 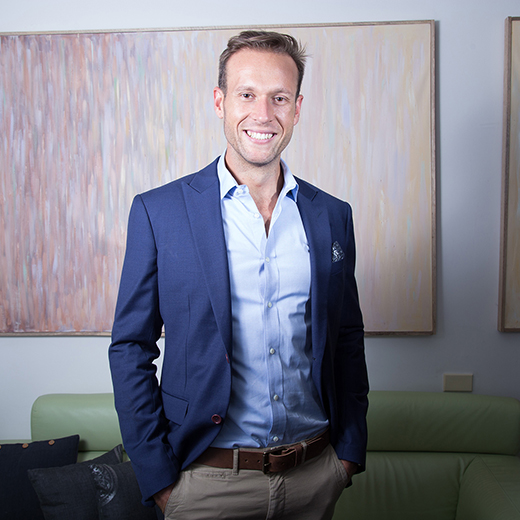