A former cook, cement renderer, travel agent and underground coal miner who studied at the University of the Sunshine Coast to become a teacher now has 150,000 reasons for his career change.

First-year graduate teacher Nathan Zahra received 150,000 votes from students and parents to outpoll almost 150 educators in a recent competition to find the top teacher in the South Coast region of New South Wales.

The former Golden Beach resident, who graduated from USC with a Bachelor of Education (Primary) this year, began teaching at St Peter's Anglican College in Broulee, near Batemans Bay, in February.

The 34-year-old father of three acknowledged the quality of the experience he received at USC when he accepted the East Coast Radio ‘Apple for the Teacher’ award at a recent presentation at his school.

“Having never thought I was smart enough to ever attend university, the support I received at USC helped me to achieve great results and build strong connections with both fellow students and staff,” he said.

Mr Zahra attributed a large part of his confidence as a first-year teacher to participating in a program coordinated by USC Senior Lecture in Early Childhood Dr Anne Drabble to develop strong cultural literacy and raise aspirations of Indigenous students at Cherbourg.

He said the two-year project helped him to understand the differences in education and pedagogy in Aboriginal communities and rural and remote areas, and build his confidence in challenging situations.

“It continues to help me as a graduate teacher to diversify my learning and teaching, not only for my students, but for fellow staff members who have not had the chance to experience these situations.”

Dr Drabble said Mr Zahra, along with a group of other Primary Education students, had worked tirelessly with her on the project in Cherbourg, and his award was a great achievement.

“It is no easy feat given that Nathan is a first-year USC graduate teacher in his first teaching position,” she said.

Mr Zahra said life as a graduate teacher was exciting, stressful and rewarding.

“The main highlight for me is the children,” he said. “It is just amazing seeing your students progressing and hitting milestones in their education." 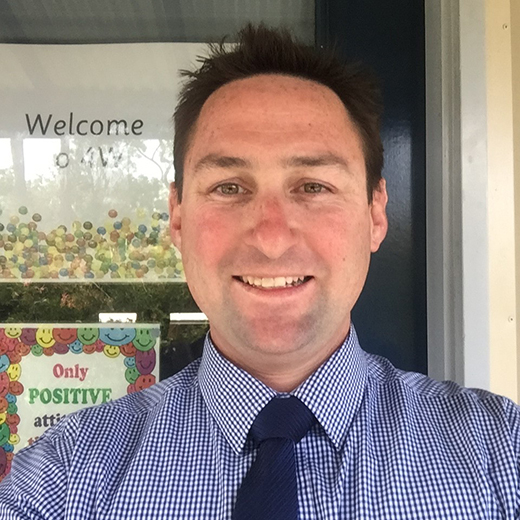