A Sunshine Beach animator, filmmaker, sound engineer, flautist, composer and actor who recently added University of the Sunshine Coast Medallist to his bow is celebrating the worldwide screenings of a music video created for his USC degree.

Stephen Hamacek, 47, was awarded a University Medal for his grade point average of 6.81 out of a perfect 7 when he officially graduated from USC at its recent Arts ceremony.

The animated 3D music video assessed as the final project of his Bachelor of Creative Industries has already shown at several film festivals around the world and will feature at the Noosa International Film Festival on 6 November.

“King of Majesty is a perfect little piece of modern internet collaboration,” said Mr Hamacek, who has run a recording and music production business at Noosaville for eight years.

“When one of my initial 3D Design animation projects for USC, ‘Ozymandias’, received quite a few YouTube hits, it caught the attention of Italian recording artist William Lilla, aka The Marphoi Project.

“He wrote a song inspired by my clip and later asked me to create an animated video to accompany his song. That became my final USC project.”

Mr Hamacek, who previously studied the flute and sound engineering at the Queensland Conservatorium, completed a USC Bachelor of Creative Industries to hone and expand his career passions.

“I had developed a love of filmmaking and an interest in animation and visual effects, which led me to explore my study options again,” he said.

“I wanted to understand as many aspects of the craft as I could, and found acting work with Jally Entertainment on the Coast. Through them I met Dr Uwe Terton, who coordinated USC’s 3D Design course.

“I was able to tailor a USC degree to fit my needs, incorporating Serious Game Design and Digital Photography minors.

“The degree helped solidify my visual, technical and storytelling abilities. Every course was a new opportunity for experimentation and creative exploration and I loved throwing myself hard at those challenges.

“As an animator and filmmaker, I’ve gained the confidence to help me enormously through the rest of my career.”

Mr Hamacek is now working on more animation and live-action film projects, “as well as developing a couple of game concepts”.

“I’ve got a couple of screenplays in progress and, longer term, feature film directing and postgraduate study are in my sights.”

To see Ozymandias, go to https://youtu.be/sPlSH6n37ts

To see King of Majesty, go to https://youtu.be/YqS2yLTrfa4 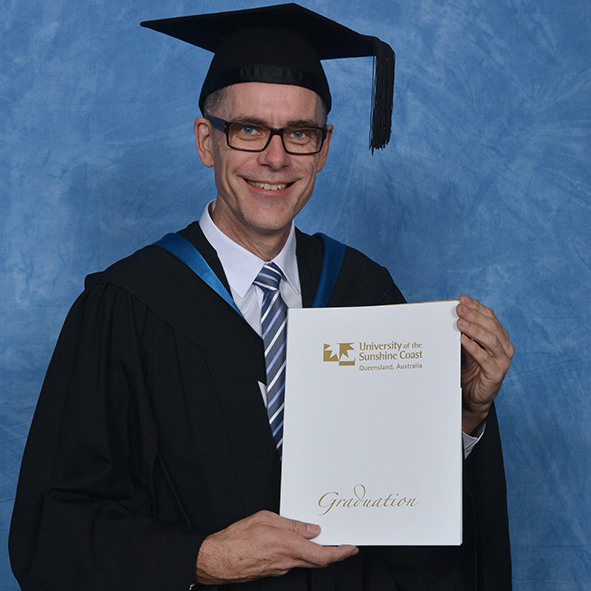