School scientists show off their research at USC - University of the Sunshine Coast, Queensland, Australia

School scientists show off their research at USC

Future scientists from high schools across the Fraser Coast have showcased their skills at the 2016 Science Research Awards hosted by the University of the Sunshine Coast.

Almost 40 senior students presented research projects to a judging panel made up of industry scientists and academics at the special awards held recently at USC’s Fraser Coast campus.

The awards are an initiative of the Queensland STEM Education Network, of which USC is a partner.

The network aims to encourage interest in science, technology, engineering and maths among secondary students, and raise wider community awareness of the importance of STEM education and careers.

USC STEM Project Officer Sue Lanham said the competition challenged students to formulate a hypothesis to a scientific question, undertake a scientific investigation, and present their answers in a poster display.

Students also competed in a fast-paced, entertaining ‘Three Minutes to Win It’ competition where they had to succinctly explain their projects to the judges and audience.

“With only three minutes on the clock and one PowerPoint slide allowed, this competition was very entertaining,” Ms Lanham said. 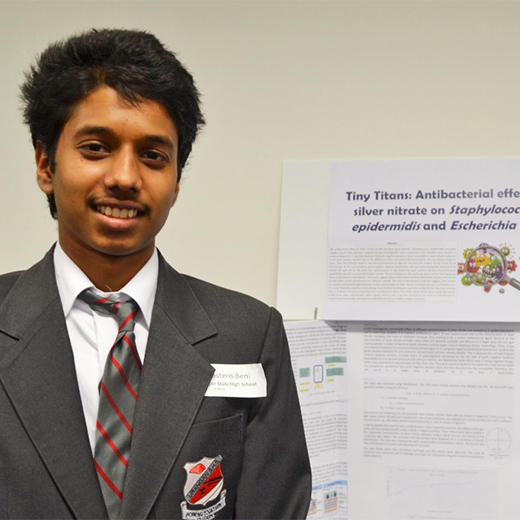