University of the Sunshine Coast graduate and staff member Kristy Ellis AM will tonight be inducted into the Sport Australia Hall of Fame for her world-beating career in surf life saving.

The 33-year-old dual world champion from Alexandra Headland has worked in administration at the Sippy Downs campus for the past seven years after graduating from USC in 2006 with a Bachelor of Business.

She is only the fifth surf lifesaver to be inducted in the Sport Australia Hall of Fame.

Mrs Ellis (nee Munroe), who was inducted into the USC-supported Sunshine Coast Sports Hall of Fame in 2005, will accept the national honour at a gala dinner in Melbourne tonight.

Her 11-year sporting career included two world titles in the ironwoman, board and ski events, nine national titles, and selection in eight Australian representative teams, including as the first female captain.

She said she was honoured to have her hard work recognised in the national Hall of Fame.

“It feels quite surreal,” she said. “I am passionate about my role as a female in sport, so to be only the second female life saver inducted is an honour.”

Mrs Ellis said balancing her elite sporting pursuits with her USC Business studies had been “a real juggling act at times”.

“I would be travelling to at least three international competitions each season and I was always taking my textbooks, reading in airports and on planes and buses,” she said.

“But I found that having that intellectual stimulation balanced out the sport side of things really well – it was nice to have those two sides to my life.”

Mrs Ellis, who works in the Office of the Executive Dean in USC’s Faculty of Science, Health, Education and Engineering, has been extensively involved in the national governance of surf life saving, including as assistant manager of the Australian team at the recent World Championships in the Netherlands.

She said her USC studies had helped her coordinate one of Australia’s most active sports at both domestic and international levels.

“I’ve been involved in the governance of the sport for a long time now, and I’ve found my Business studies really useful in terms of running reviews, reporting – all the things that go with running a major organisation,” she said.

“Even while I was competing as a professional athlete, my studies made me feel a lot more confident in putting forward sponsorship proposals and dealing with media.

“You get a lot more out of a uni degree than just the theory you learn in the classroom.” 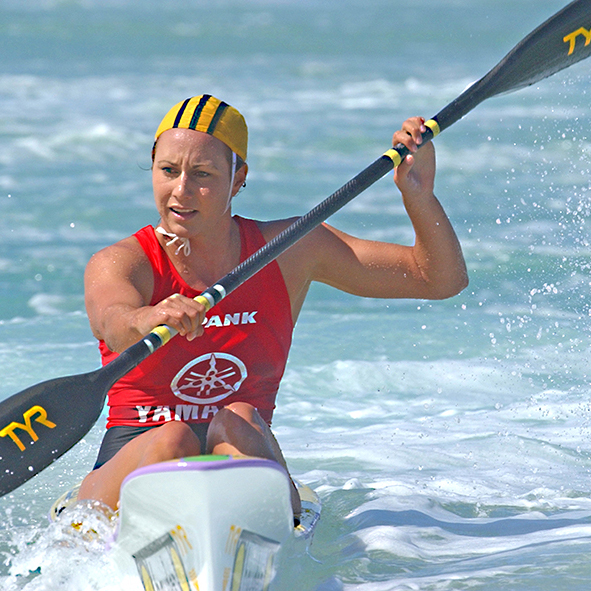