A former Olympic coach is part of a team of University of the Sunshine Coast academics showing Year 9 Fraser Coast students how sport can help them kick goals in their education and their career ambitions.

USC has partnered with Qld Oztag to deliver the ”Sport for Thought” program to students at a number of Fraser Coast High Schools.

USC Deputy Head of the School of Social Sciences Dr Geoff Lovell, a psychologist and kayak coach who has worked at world, Olympic and Commonwealth games levels, said the program aimed to use sport to raise educational aspirations in students.

Tomorrow (Wednesday 26 October), a group of Year 9 students from Aldridge State High School will take part in another session of the 10-week program that includes Oztag skills and games sessions and motivational sports talks.

Dr Hogarth has worked as a strength and conditioning coach with elite athletes and is currently undertaking research funded by the International Paralympic Committee.

Dr Lovell said the academics would share their experiences to motivate the Year 9 students to think about what they could also achieve.

“The primary aim is to raise awareness of, and aspirations for, tertiary education in youth, including those from low socio-economic backgrounds,” Dr Lovell said.

“It is also intended to lead to other positive outcomes including increased participation in sports, greater engagement with school education and encouragement to lead healthy and balanced lifestyles.

“Ultimately, we hope to inspire participating students reach their full potential,” he said.

The Sport for Thought program is funded under the Federal Government’s Higher Education Participation and Partnerships Program (HEPPP). 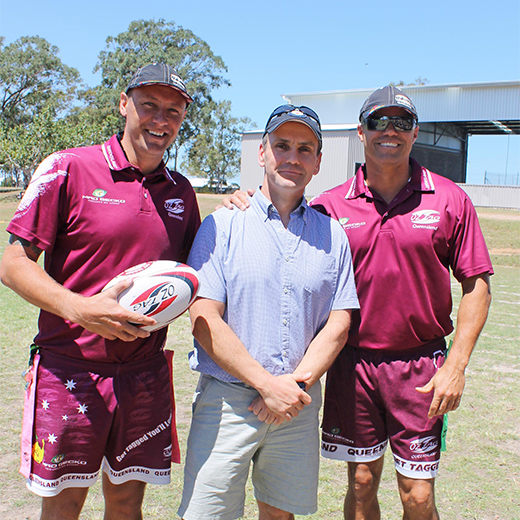 Can kindness spread like a virus? Some of Queensland’s best young mathematicians recently took up the challenge of finding out by competing in USC’s Maths Modelling Challenge.