The University of the Sunshine Coast Spartans brought a golden touch to the 2016 Australian University Games, taking out three titles at the national event in Perth last week.

Taekwondo competitor Cameron Taylor led the USC charge with two Unigames gold medals, while the USC women’s division one volleyball team had a convincing 3-0 win in their grand final against the University of Melbourne.

The victory capped off a dominant meet for the volleyball side, after progressing undefeated throughout their eight pool matches, including seven straight sets wins.

USC picked up a silver medal in the beach volleyball mixed fours, while runners Jane Larkin and Jessica Haig won bronze in the 200m and 800m races respectively.

The team finished 17th overall and 14th in the per capita rankings out of 42 universities, at an event which involved more than 5,600 students.

USC graduate Klade Hauschildt was also a part of the gold medal-winning Australian team at the FISU World University Sailing Championships, which were held concurrently with the Australian Unigames.

USC Sport’s Gary Moore travelled to Perth to support the team, and said the relatively small contigent of athletes from USC had punched above their weight.

“Cameron Taylor won his third consecutive national title, and for the women’s volleyball team to play so convincingly in division one was outstanding,” he said.

“The whole team did USC proud and showed the Spartans spirit really well.” 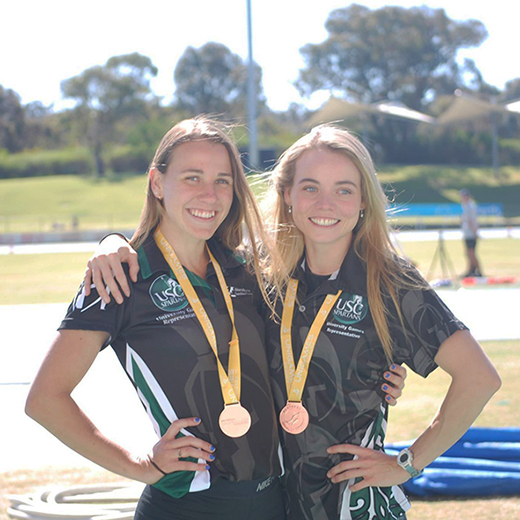