A talented wheelchair basketballer from Gympie has received one of the first para-athlete scholarships in the University of the Sunshine Coast’s groundbreaking Sports Elite and Education Dual Stream (SEEDS) program.

USC Sport Studies student Steven Elliott, who plays in the National Wheelchair Basketball League, will use the scholarship to combine tertiary studies with high-performance sports training and coaching at USC.

The SEEDS program is the first dual para-sport and academic program to be offered by any Australian university.

Steven said the scholarship, which is valued at $2,500 per semester, would help him stay on track academically while continuing to train and travel around Australia with the RSL Queensland Spinning Bullets.

“I’m usually training in the gym at least five times each week as well as having four to five sessions on court,” he said.

“The national league runs for six months each year, so to fit training and matches around uni is challenging. The SEEDS scholarship will give me extra support to balance the two.

“I think para-sport is only getting stronger and more visible in Australia, so it’s fantastic that a program like this is offered so close to my home.”

The former James Nash State High School student was 13 when he was diagnosed with a neurological condition called transverse myelitis, which left him without movement from the waist down.

Steven started playing wheelchair basketball less than a year later and said the sport had opened up a world of opportunities to him.

“All your worries disappear on court,” he said. “It’s a tough, physical sport that challenges you to control your chair while keeping your balance with the ball.

“I’m hoping to make the Under 23 Australian side for the upcoming World Championships, and this program will help me get there as well as keep up academically.”

Applications are now open for SEEDS stream scholarships beginning in Semester 1, 2017. More information can be found at www.usc.edu.au/seeds. 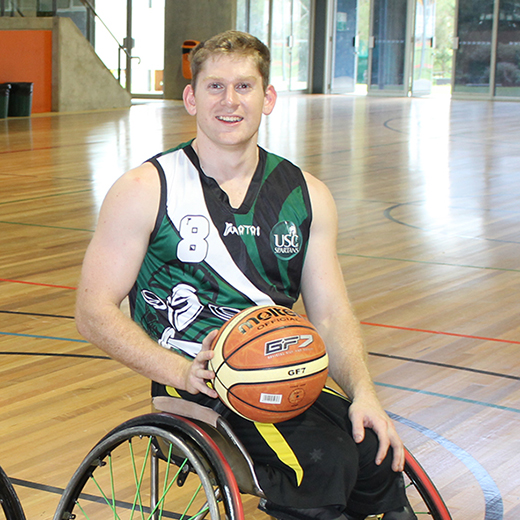