The University of the Sunshine Coast will make full use of the “ideal natural laboratory” of the Fraser Coast region when it introduces a Bachelor of Animal Ecology at its Fraser Coast campus next year.

Applications are now open via QTAC to study the three-year degree designed for those interested in the study, conservation and management of animals in the wild or in captivity.

Lecturer in Animal Ecology Dr Andrew Olds, who spend his childhood fishing and diving in Hervey Bay and camping on Fraser Island, is part of the team that has developed the new degree.

The former Hervey Bay High School student said the study program would utilise the region’s diverse ecosystems and animals, placing field-based activities at the centre of the student experience.

“USC’s Animal Ecology program is very hands-on and focuses on working directly with animals in their natural environments from sandy beaches, coral reefs and estuaries to arid zones, eucalypt woodlands and rainforest,” he said.

“Students will work with whales in the waters off Hervey Bay, turtles on the beaches of Mon Repos, fish and shorebirds in the Great Sandy Strait, and birds of prey and dingoes on Fraser Island.”

“My interest in marine ecology has given me the chance to work as a guide on the Great Barrier Reef, a ranger on Fraser Island and as an environmental consultant working on surveys across Australia and the western Pacific,” he said.

“Since moving into research and lecturing, I have conducted fieldwork on coral reefs, estuaries, beaches, the open sea, freshwater lakes, creeks and rivers across Australia and internationally to Papua New Guinea, the Solomon Islands, New Caledonia and Fiji.”

The Fraser Coast is the focus of several of his research projects, which includes the health and distribution of coral reef, seagrass and mangrove ecosystems in the Great Sandy Strait, Hervey Bay and deeper waters off Fraser Island.

Other new programs to be offered at USC Fraser Coast next year include a Bachelor of Business (Tourism, Leisure and Event Management) and first-year courses in degrees in Science, Social Work, Counselling, Psychology and Social Science. 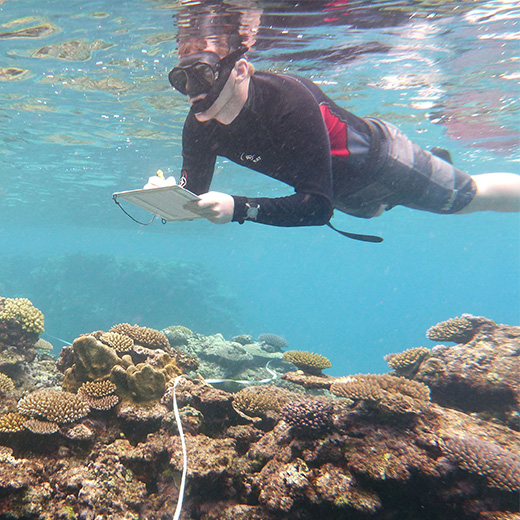