Taking the plunge into a new career path to help more of society’s most vulnerable people has earned Natalie Alexander a University of the Sunshine Coast Chancellor’s Medal.

Natalie, 43, of Alexandra Headland, received the medal along with her postgraduate degree at a USC Graduation Ceremony yesterday, Thursday 29 September.

She was among 400 USC graduands who crossed the stage and celebrated at four ceremonies held at Matthew Flinders Anglican College Performance Centre, Buderim.

Natalie, who began her Master of Social Work (Qualifying) in 2014 after working in special education for many years, graduated with a grade point average of 6.90 out of a possible 7.

In addition to her academic achievements, she volunteered extensively throughout her studies, including as a committee member of community organisations including the Maroochy Neighbourhood Centre.

She provided support to asylum seekers through the Buddies Refugee Support Group, as well as being involved in the USC Creative Arts and Social Issues Group.

Natalie said she was surprised and delighted to be awarded USC’s highest honour for a graduating student.

“Starting a new degree was a big commitment to make as a mature-aged student, but I found every subject I studied so enriching,” she said.

“It’s an honour to receive the Chancellor’s Medal, and I think that my passion for social justice has played a big role, as well as developing the art of researching and writing.

“My academic results were the result a lot of hard work and dedication throughout my studies – I certainly didn’t fly by the seat of my pants.”

During her degree, Natalie completed a research project to help develop the cross-cultural learning environment at USC, working with dozens of international students.

Currently working in a role to support international students at USC, Natalie said she hoped to build a career in social work that would encompass her passion for helping society’s most vulnerable people.

“I think I knew I’d found my passion from the first subject of this degree,” she said.

“The staff at USC were genuinely interested in me as a student. Lecturer in Social Work Dr Athena Lathouras made a special impact upon me as a mentor, a teacher and inspiring community development worker.” 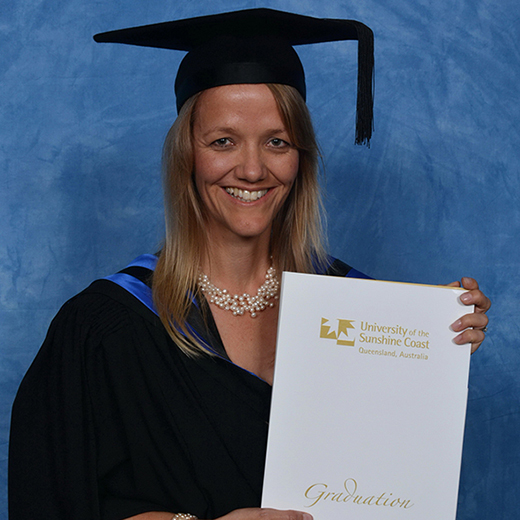