USC graduate works to save forests in Indonesia - University of the Sunshine Coast, Queensland, Australia

USC graduate works to save forests in Indonesia

A University of the Sunshine Coast graduate who last year received the Chancellor’s Medal along with her Environmental Health Science degree is now working in Indonesia for The Forest Trust (TFT), helping more companies to source responsibly-produced palm oil.

Ashleigh Morris, 27, formerly of Mudjimba, is a TFT project manager liaising with a large global producer and supplier of palm oil to improve the conservation of Indonesia’s rainforest from which the valuable oil is derived.

“In this role, I work with our team to apply procurement policies, implement responsible sourcing programs, build transparency and improve practices,” she said.

“TFT is a non-profit organisation with 15 offices and more than 200 people worldwide, and it focuses on raw material supply chains including palm oil, solid wood, pulp and paper, soy, stone and more. We aim to respect the environment while improving people’s lives.

“My role is challenging and can be heartbreaking, but the opportunity to work holistically with key stakeholders to conserve the incredible ecosystems of Indonesia is very rewarding.”

Ms Morris moved to Indonesia in January from Sydney, where she was pursuing her passion to rid the world of toxic waste.

She was an intern at the waste recycle organisation TerraCycle and completed Honours in Environmental Management Research at the University of New South Wales.

Her paper, published in the Journal of Environmental Management, found that Australia’s approach to e-waste recycling was ineffective and required greater compliance measures to prevent hazardous pollutants from ending up in landfill.

Ms Morris said her new job followed an initial visit to Indonesia in 2012 after she received a $53,500 Prime Minister’s Australia Asia Award while studying at USC.

The overseas study and work experience in waste management reinforced her career direction in environmental protection.

Ms Morris, who left school on the Sunshine Coast after Year 9, said enrolling in USC’s Tertiary Preparation Pathway program in 2011 had changed her life.

“I wanted to give back because I’m an example of how you can achieve whatever you want in life with the right support,” she said. 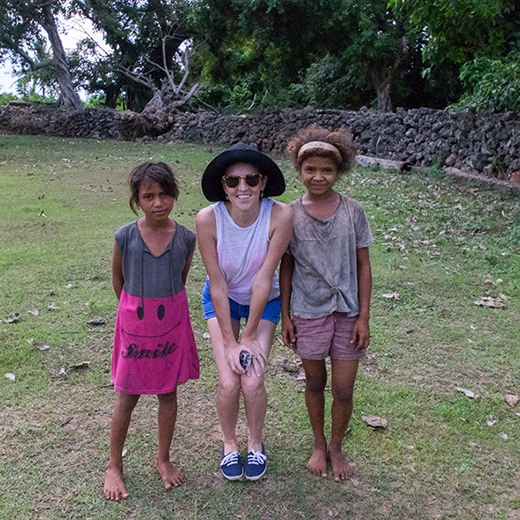