A couple that has generously supported USC’s academic programs and Art Gallery for more than a decade will be awarded Honorary Senior Fellowships at a University graduation ceremony on Thursday 6 April.

Dr Rustum Sethna and Helen Sethna of Parreara will be recognised for their ongoing philanthropic and volunteer contributions to USC, which included a major donation towards USC’s psychology program at its inception.

The ceremony at 4pm at Matthew Flinders College Performance Centre will be one of nine graduation ceremonies from April 5-7 that will see almost 1,400 USC students graduate before crowds expected to total 5,000.

Prior to retiring on the Sunshine Coast, Dr Sethna worked for 25 years as a Professor of Psychology at Ryerson University in Toronto, where he was also awarded an Emeritus Professorship, while Mrs Sethna had a career in community health management, focussing on aged care.

Their passion for art has seen them actively volunteer and advocate for a number of Sunshine Coast galleries, as well as supporting the USC Gallery since its inception. They are patrons of the Caloundra Chorale and Theatre Company and Friends of the Caloundra Regional Art Gallery.

Dr Sethna, a former Fulbright Scholar, said he and his wife had felt a strong connection with USC ever since arriving on the Sunshine Coast.

“USC is a place that we both love and cherish, so it’s a huge honour to be named as Honorary Senior Fellows of the University,” he said.

“My wife has always been very involved in art, and I’ve had a great love for learning and education throughout my life. Our donations were our way of giving back.

“I’ve developed a strong affinity for USC, because it’s one of the most progressive universities that I’ve been to.”

Vice-Chancellor Professor Greg Hill said the Sethnas had made significant contributions towards education and community art accessibility on the Sunshine Coast.

“When the Sethnas learned of USC’s new psychology program, they immediately offered philanthropic support,” he said. “This was their first gift to the University, and since then they have continued to support USC and local community groups.

“The Sethnas are active in many community organisations, including the Caloundra Regional Gallery and Events Centre Caloundra. Through their association with these organisations and the USC Art Gallery, they have actively promoted art and education.” 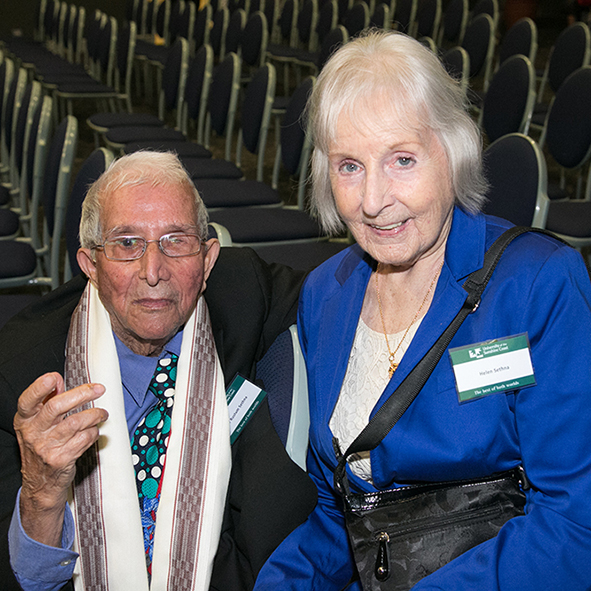