USC on a good wicket with impressive cricket oval - University of the Sunshine Coast, Queensland, Australia

USC on a good wicket with impressive cricket oval

USC has put more runs on the board as a high-performance sporting hub with the completion of a cricket facility worth $267,000.

“This new oval opens up the chance to play another summer sport on campus, which is fantastic news for students and staff,” he said.

“As well as that, it will put USC and the Sunshine Coast on the map as an attractive location for training camps for state and national-level cricket teams.

“The oval is looking absolutely fantastic and we can’t wait to see games taking place from this summer onwards.”

USC-Buderim Cricket Club President Jeff Bradfield said he had been watching the development at USC closely and was delighted with the standard of the grounds.

“The wickets have been installed by the same people who developed The Gabba’s grounds,” he said. “It’s an outstanding facility, and I think it’s a good thing for cricket on the Coast in general.

“Our club has strong connections to USC – we have quite a few USC students already playing for us, and a number of inquiries from students who have seen the new grounds.

“Buderim Cricket Club has been around since 1903, and having a new home base at the University is the start of a great new phase for the club.” 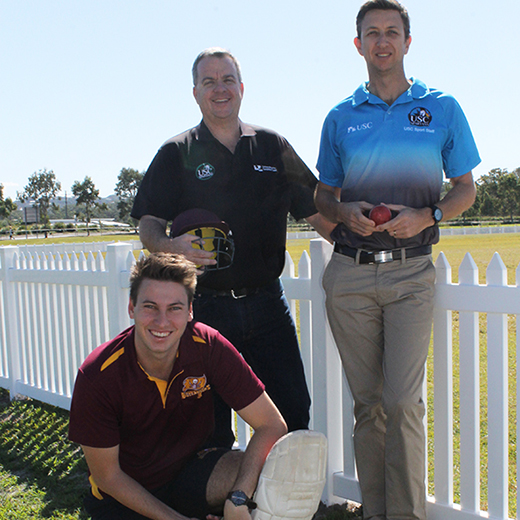