A USC Law lecturer and Law student playing blues music will be among dozens of USC staff, students and graduates showing their creative side in one of the Sunshine Coast’s largest ever festivals of art and culture.

The 10-day Horizon Festival, which begins tomorrow, Friday 25 August, will include diverse artistic contributions from across the USC community, including Lecturer in Law Alex McKean and student David Knobel’s performance in ‘Back to the Crossroads’ on 31 August.

Produced by USC Master graduate Toni Wills, the show at Nambour’s Black Box Theatre is part of Horizon Underground, and will combine the music of Ry Cooder, Robert Johnson and Nick Cave with spoken word pieces about legends of the blues music world.

USC academics will be judging a dynamic storytelling and poetry competition during Art St Eumundi called ‘Slam and Busk in the Bunker’ at the Imperial Hotel at Eumundi on Saturday.

Dr Nycole Prowse, who coordinated the event, said she was delighted that so many USC students and staff had embraced the opportunities available during Horizon Festival.

“It’s fantastic to see the diversity of people from USC who are exploring their creative side,” she said. “We have everyone from a USC Law academic to Creative Industries students stepping up to showcase their diverse talents.

“Off-stage, there are so many students acting as volunteers across the 10 days, and they’re gaining valuable professional experience as well.

“It’s a great time to be involved in the arts and cultural world on the Sunshine Coast.”

Horizon Festival will take place from 25 August to 3 September. 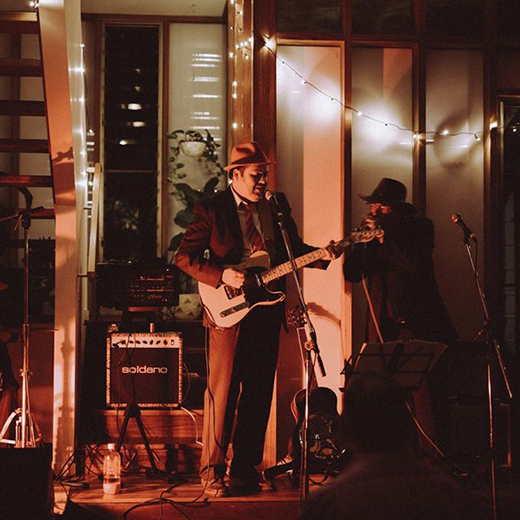