USC research has uncovered a few surprises about the types of nesting sites selected by turtles on the northern part of the Sunshine Coast between Mudjimba and Noosa.

The world-first research measured for the first time the full spectrum of environmental clues that could be used by turtles when deciding where to lay their eggs. It also was the first study to use high-precision terrain imaging techniques in turtle research.

The results were exciting for USC Science Honours graduate Ilana Kelly, 24, of Coolum, whose project with four USC academics has been published in the PeerJ biological and medical sciences journal (https://peerj.com/articles/2770/).

The research, which studied 19 nests of mainly loggerhead turtles between November 2014 and February 2015, found that the turtles did not seem overly fussy when selecting their sites. Most sites did not have any features that were markedly different from random points nearby on the dunes.

However, the nesting sites shared some common characteristics – including a few that appeared contrary to previous studies in other marine turtle nesting locations.

Ms Kelly, who worked with volunteers from Coolum & North Shore Coast Care, said the nests were distributed in parts of the dune that did not have exceptionally lower or higher vegetation, or significant differences in slope, exposure or sand attributes.

“Remarkably, the level of light that we measured at nest locations was neither higher nor lower than nearby on the beach where they were no nests, although turtles did not nest on the very brightly lit beach sections such as Coolum and Marcoola South,” she said.

“While our work shows that turtles may be less selective than is widely believed, it is still critically important for future conservation to understand the common characteristics of good nesting beaches.

“Beach modifications by humans, such as sand nourishment or dune planting, may not always be helpful and should be carefully considered on a case-by-case basis.”

Marine turtles nest at night on Sunshine Coast beaches from November each year, with hatchlings generally leaving the nests from February to April.

The research was supervised by Lecturer in Physical Geography Dr Javier Leon and Professor of Marine Science Thomas Schlacher in collaboration with Dr Ben Gilby and Dr Andrew Olds, who both lecture in animal ecology at USC.

Professor Schlacher said the research benefited from the impressive dedication and support of Coolum & North Shore Coast Care volunteers, who monitored beaches daily for the nests.

“It’s a shining example of how citizen science can combine with formal research to achieve meaningful outcomes for coastal conservation,” he said.

“The USC study is a world-first because previous work in other countries generally did not include the full spectrum of environmental features, or sometimes used inadequate techniques, and hence much of turtle nesting behaviour is surprisingly poorly understood.

“We’re looking forward to the next exciting phase of our work, which will examine the relationships between surf features and turtle nesting.” 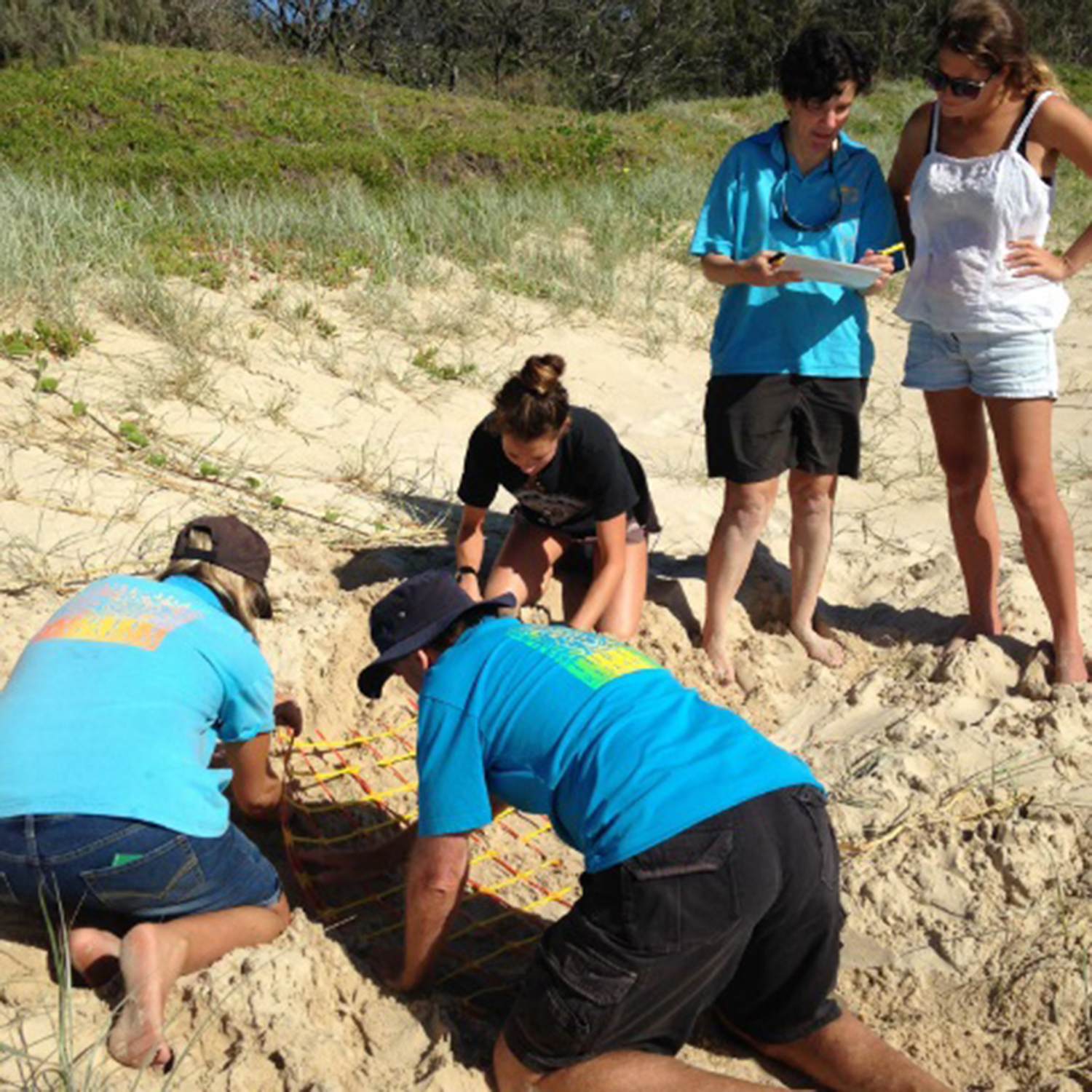