The work has included the installation of retractable tiered seating to accommodate more than 2,000 spectators, reinforcement of the stadium floor, broadcast-quality lighting and a spacious corporate box.

It has enhanced USC’s capacity to host national and international events in sports like netball, basketball, volleyball or futsal, while retaining the stadium’s ability to be a venue for many local sporting activities.

Renovations were carried out by Badge Constructions and completed in time for two trial matches between Lightning and New Zealand team Southern Steel this weekend (Friday 7.45pm and Sunday at midday). For tickets, go to http://bit.ly/2iismre.

USC's Director of High Performance Sport Professor Burkett said USC was delighted to become the home of Sunshine Coast Lightning, a joint partnership between USC and Melbourne Storm, as it gears up for the start of the new Suncorp Super Netball league later this month.

“It’s exciting to have the region’s first national sporting team based here at the University, which is expanding its high performance sports programs and facilities,” he said. “Television coverage of Lightning’s home matches this season will definitely showcase USC and the Sunshine Coast to the rest of Australia.”

Lightning CEO Danielle Smith thanked USC for its tireless work in delivering a first-class stadium that will make the region proud.

“The athletes are thrilled to be training and playing at such a fantastic facility, while Lightning supporters will be close to the action wherever they sit,” she said.

“We want to set the standard in netball when it comes to fans’ match day experience, and the Sunshine Coast community will benefit from this incredible redevelopment.” 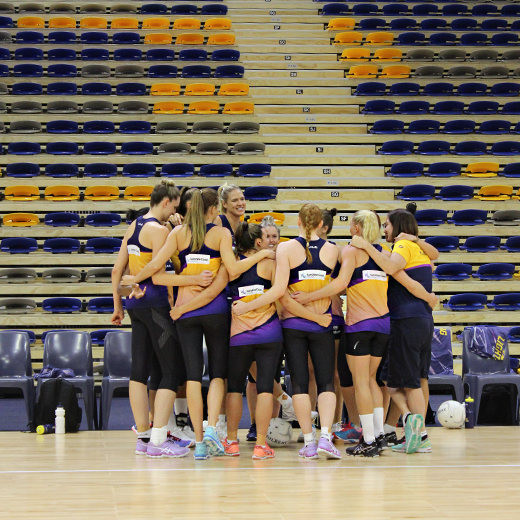