A USC graduate is helping to break stories for a major online newspaper in the Indonesian megacity of Jakarta.

Arts Honours graduate Lachlan Haycock, 22, has started a two-month internship with the Jakarta Globe, after spending 2016 in the smaller of city of Yogyarkta, undertaking research for his Honours thesis on Indonesian female writers.

The former Nambour resident’s study and internship in Indonesia have been funded by a prestigious New Colombo Plan (NCP) Scholarship, an Australian Government initiative that provides funds to help students study in the Indo-Pacific region.

Having moved to the capital to undertake his internship at the Globe, Lachlan is now responsible for sub-editing and publishing a stream of news articles on topics including national politics, defence, natural disasters, and crime.

“I liked the idea of moving to somewhere new and full-on like Jakarta, if only for a while, to better understand an Indonesian work environment,” he said.

“My main duties are rewriting and editing stories that come in from reporters, along with the occasional buddy-up with one of them to cover a story.

“I also got the opportunity to write my own article outlining the main findings from my research, which focussed on unconventional or ‘edgy’ works of literature from young female writers on the island of Lombok.”

The former St John’s College student graduated in April 2016 from a Bachelor of Arts (Indonesian) at USC with an impressive grade point average of 6.83 out of a possible 7, which earned him a University medal.

Lachlan’s intensive Indonesian studies were further extended in his Honours research, in which he interviewed authors of poetry and short stories that conflicted with Indonesian social norms or religious conservatism.

“I chatted with local writers, read some of their works and heard of their literary and life experiences,” he said. “It was fascinating to hear how they challenge social values that would usually remain unchallenged.

“Taking the time to visit various different locations across the country and developing my impression of each one, although sometimes challenging, is always exciting.” 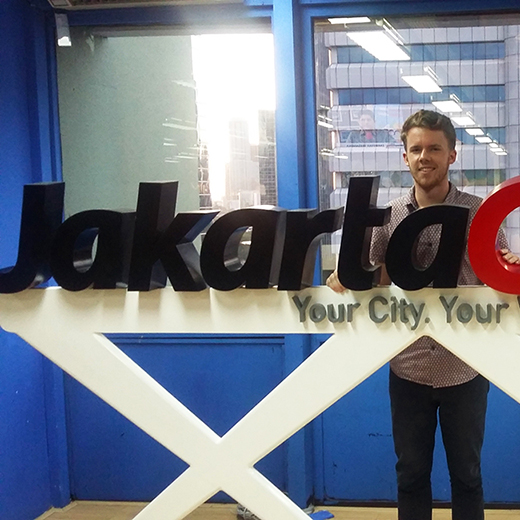