A University of the Sunshine Coast student is taking on a damaging pest that is threatening the biodiversity of Fraser Island.

Joel said the disease was caused by excessive numbers of the Jamella leaf hopper insects within the tree’s crowns, and populations can only be kept in check by the parasitoid wasps 'Aphanomerus' sp. nr 'pusillus' .

Determined to save as many trees as possible, Joel began breeding the wasp in captivity in October 2015, and launched a campaign to raise awareness of the dieback’s devastating impact on the native tree.

The former carpenter and horticulturalist has since spent several months assisting Queensland Parks and Wildlife Services rangers and the Fraser Island Defenders’ Organisation to release the wasps at 37 affected sites on Fraser Island.

“Pandanus trees are absolutely critical to the ecosystem,” he said. “They provide incomparable food and shelter for wildlife, as well as being a salt spray shield for other plants and providing dune stability.

“But despite that, there didn’t seem to be much information available on the dieback and how the parasitoid wasp could combat it. So I decided to get the knowledge out there.

“I started by writing a fact sheet on the parasite and its distribution as an assignment for my Environmental Management subject at USC, and since then it’s become a mission for me.”

The wasp release strategy, led by Joel, has reduced leafhopper numbers on Fraser Island to normal levels, and he is now preparing to return with a team of arborists to remove the mould-affected leaves to prevent further tree mortality.

Joel said his passion for preserving Australia’s natural environment had driven the project, which he plans to expand to other areas in Queensland and New South Wales.

“This is why I went to USC,” he said. “I had a lot of interest in the environment, I had a good working knowledge of plants and ecosystems, but uni allowed me to piece it all together in the wider environment.

“Uni has given me the ability to communicate, report and research in this field that I’m so passionate about, and hopefully make a real difference.”

Lecturer in Environmental and Natural Resources Economics Dr Graham Ashford said he was pleased that Joel’s studies at USC had helped him make a practical and positive difference to a local environmental issue.

“It’s great to see how Joel has combined his skills and knowledge in environmental management with his commitment to conservation on Fraser Island,” he said.

“The impact of this project is a testament to Joel’s self-initiative and professionalism.” 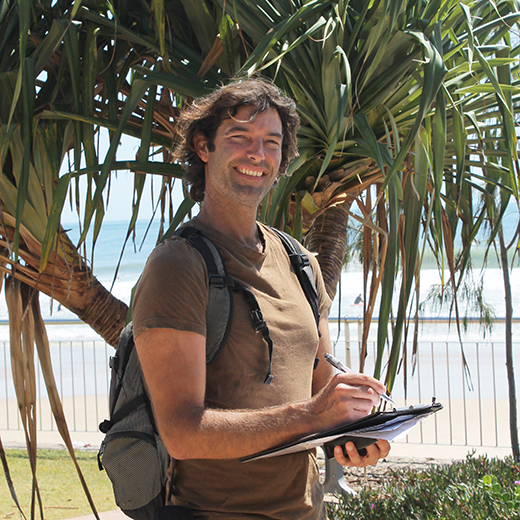