For USC student Jak Hardy, being named the Sunshine Coast’s Young Citizen of the Year isn’t just an award – it’s an opportunity.

The 20-year-old Law/Business student was recognised for his tireless efforts in community work and international development projects, including founding his own non-profit organisation.

Currently in his fourth year of studies, Jak has represented Australia at the Commonwealth Youth Peace Ambassadors Network and helped establish a major effort to support USC’s Nepalese students following the 2015 earthquake.

The Mooloolaba resident said he plans to use the accolade, presented at Sunshine Coast Council’s Australia Day Awards, as a platform to further engage young people on the Sunshine Coast in community issues.

“Being named Young Citizen of the Year came completely out of the blue,” he said.

“It’s very humbling, and I really see it as a challenge to do more around peace-building and youth engagement, which I’m very passionate about.

“I see my USC studies as taking me to a vocation that’s about public service, whether that’s in politics, as a public defender or something else.”

Jak’s award was one of two USC successes recognised at the Sunshine Coast Australia Day Awards, with the University’s Innovation Centre named as the Community – Group or Organisation winner.

“I was particularly honoured because this region has a plethora of really strong community organisations doing great work,” he said.

“It really is testament to the dedicated team, our mentor panel, partners and members who have created this collaborative community. The Centre’s Board and USC have also really backed us since establishing in 2002.

“It’s great acknowledgement for the longevity and agility of the Innovation Centre model to ensure it remains relevant to the community.”

The Young Citizen of the Year award, sponsored by USC, was presented by USC Senior Deputy Vice-Chancellor Professor Birgit Lohmann. 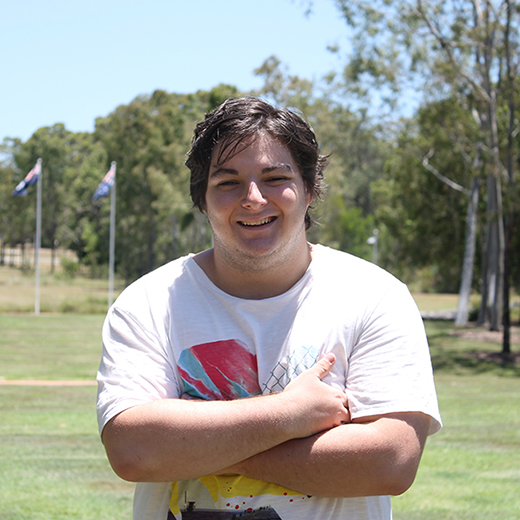