A USC researcher has been flying drones over a major river in Fiji as part of an innovative project that is combining conventional science with traditional ecological knowledge.

Her work to measure the physical, social and cultural significance of the Sigatoka River will make this one of the most comprehensive social value mapping projects ever carried out in the Pacific Islands.

Mikayla, a Redcliffe resident, said the face-to-face interviews she conducted with Indigenous Fijians from six villages had highlighted how important the river was as a food source and as a spiritual site.

“Environmental assessments for mining projects tend to focus on physical factors, like the vegetation or water chemistry,” she said. “We wanted to put a human face on this area, as well as using drones to produce a high-resolution physical map that can be used by locals.

“The opportunity to do international research like this was incredible. It’s one thing to measure something biophysically, but quite another to sit down with people and understand their lives and livelihoods.”

Mikayla’s research is being supervised by USC Lecturer in Physical Geography Dr Javier Leon and Research Fellow Dr Tristan Pearce, who are combining their human and biophysical expertise to generate a holistic understanding of ecosystem change.

Dr Leon said the work had built on a similar study that was conducted last year with traditional owners of areas along the Maroochy River on the Sunshine Coast.

“Another Honours student, Matthew Brown, used satellite imagery and drone surveys to map mangrove decline, as well as engaging in participatory mapping with the Gubbi Gubbi people to find out what sites were important to them,” he said.

“We found there were sites along the Maroochy River that had huge cultural importance to the traditional owners – which is something you can’t see on a satellite image.

“Mikayla’s project in Fiji is taking a similar approach, and it could have a real impact on how environmental impact assessments are conducted in that country in the future.”

The research was conducted with the cooperation of with Lui Manuel and Tulei Ikurisaru from the Provincial Council. 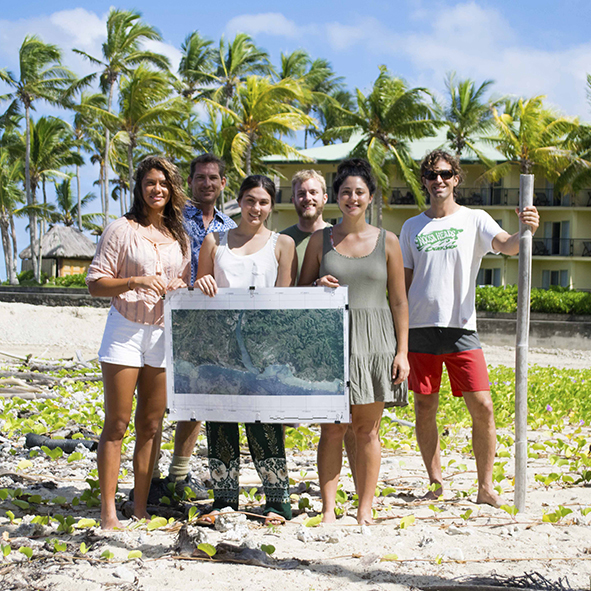