New USC-led research has gone beneath the surface of the Moreton Bay Marine Park, along the coastline from Pumicestone Passage to the Gold Coast, to find the preferred environments of estuarine fish species.

And the results surprised the USC team led by Research Fellow in Coastal and Marine Ecology Dr Ben Gilby.

“Our team compared the number and diversity of fish in six estuarine ‘no-take’ areas with that of 16 other estuaries where fishing is permitted,” Dr Gilby said.

“We found that the ‘no-take’ areas were falling well short of protecting fish that consumers like to catch and eat, such as bream, whiting and mullet.

“Paradoxically, fish targeted by anglers were more abundant outside the six protected reserves, in the estuaries where fishing was allowed.

“The only fish consistently found in greater numbers inside the ‘no-take’ reserves were species that people did not consume, such as toadfish and catfish.”

“To find answers to this paradox about fish numbers in declared reserves, we examined the habitat features of the protected areas and found two major shortcomings – they were too shallow and they were poorly connected to the main channel or sea.

“The reserves appeared to have been chosen mainly to protect mangrove habitat, but they unfortunately lacked sufficient water depth and had large areas drying out at low tide.”

Their paper, ‘Enhancing the performance of marine reserves in estuaries: Just add water,’ was published recently in the journal Biological Conservation.

“It’s sure to be of great interest to anyone who wants more fish in the sea – whether that’s conservationists or recreational or commercial fishers,” he said.

“Our results indicate that the effectiveness of reserves can be improved by conserving deeper estuaries which have a diversity of habitats, better water flow and stronger links to the sea.”

The research received funding from the Brisbane-based non-profit organisation Healthy Land and Water and the Sea World Research and Rescue Foundation.

“We’re also about to start a similar project investigating the distribution of fish species in estuaries between Hervey Bay and the Livingstone Shire (near Rockhampton), including the Great Sandy Marine Park.”

Watch underwater GoPro footage of the bait stations used by researchers to detect fish during the Moreton Bay study. 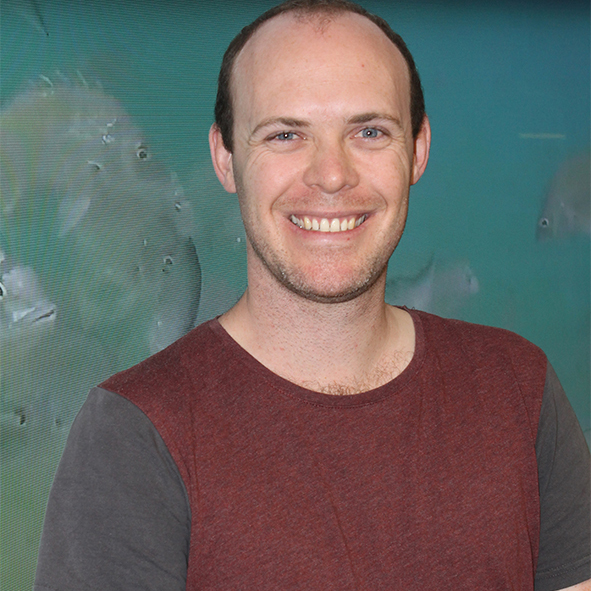