USC Senior Research Fellow Dr Celine Frere has been named one of Australia’s first “Superstars of STEM”, in a world-first campaign to appoint national role models for young women in science, technology, engineering and maths.

Superstars of STEM was developed by Science & Technology Australia, the peak group for the nation’s 68,000 scientists and technologists, to raise the media profile of Australia’s most dynamic female scientists.

Dr Frere, an evolutionary biologist with an interest in how environmental and social factors influence animal evolution, was one of 30 successful candidates announced yesterday by the Federal Minister for Industry, Innovation and Science, Senator Arthur Sinodinos.

Dr Frere, who established USC's Detection Dogs for Conservation initiative, which trains and uses sniffer dogs to assist research on endangered and protected species like koalas, said she was grateful to be given the opportunity to inspire young women.

“I have a five-year-old daughter and despite improvements in equality, I am very much aware of gender biases in our society that still influence our young children,” she said.

“Most young girls still think of scientists as being old men with white hair, and it is so important to show them that is not the case, and being a women should not stop you from taking up a career in science.”

“Participants in this world-first program are working in archaeology, robotics, medicine, cider research, pregnancy health, education, psychology and so much more,” she said.

”We want Australian girls to realise that there are some amazing, capable and impressive women working as scientists and technologists.”

As part of the program, Dr Frere will receive training and development to use social media, TV, radio and public speaking opportunities to carve out a more diverse face for science, technology, engineering and mathematics.

“This is an excellent program that will provide extensive training to become an active, effective voice in the media for women in science,” Dr Frere said.

She said she was particularly keen to generate greater media attention on women in STEM in regional Australia.

“I plan to use this role to promote initiatives by USC in this space, including the Science in Australia Gender Equity (SAGE) Pilot, a national program addressing gender equality for women in science, technology, engineering, mathematics and medicine.”

Dr Frere’s Superstar of STEM profile and information on the program can be found at www.scienceandtechnologyaustralia.org.au 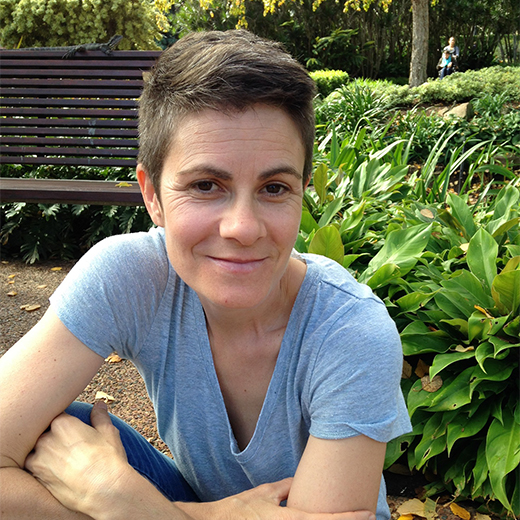