A banjo teacher from Nambour is celebrating her decision to enrol in a USC Arts degree after her first public offering as a playwright received a special mention in a Noosa Arts Theatre competition.

“I have one semester to go before I finish my Arts degree at USC and it’s gone beyond my wildest dreams,” said Ms Holman, who owns a small business called Fingerstyle Productions.

“I’ve been a musician for 30 years, doing the festival circuit in the folk and bluegrass scene, and I needed shaking up.

“I’d always wanted to do drama and I did my own creative writing, so I thought it would be wonderful to go to University and stand on the shoulders of those who had gone before.

“I could never afford to go to uni before, but it was one of those things on the bucket list.”

The play was a one-sided phone conversation between a woman and her philandering husband.

“I was really pleased with the way it was received and got a special mention because out of the nine finalists, I was one of only two who’d written, acted and directed my own play,” she said.

“Inspired by what I’d learned at USC, I trialled the play in front of my uni peers before it was selected in the competition.”

Ms Holman said she was also thrilled to win the 2017 Gary Crew Short Story award for her gritty piece, Hitchhiker.

The theme set by USC Professor of Creative Writing Gary Crew, a multi-award winning author, was “I travelled to bring you home”.

Ms Holman, who gives private lessons in banjo and guitar, said the diversity of her USC degree was amazing and complemented her background and interests.

“As a mature-age student, I’ve been able to combine my experience with new learning and I’ve found all these cross-connections to build my confidence in practical ways,” she said.

“For example, I’ve now got a placement in social media marketing with a real client, a photographer, and I’ll be using tracks from my acoustic compositions as background music for two videos I’ve created to promote the client’s business.

“Doing university really gives you a springboard. It’s not just the knowledge and education, it’s the networking and confidence-building.” 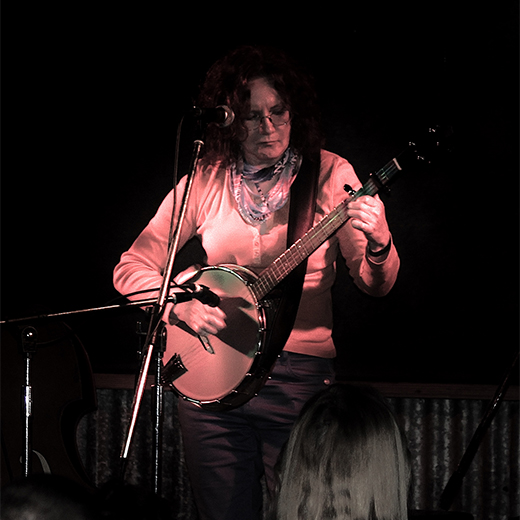