A USC Sport and Exercise Science student is now helping a national team take on the “Old Enemy” after being appointed to the coaching staff of the Australian Cricket team for players with an intellectual disability.

Nathan Dodd, 37, was named assistant coach for the team, which is completing its final training sessions before travelling to England to compete in the biennial INAS Tri Nations series against South Africa and England in July.

The Maleny resident previously played as an opening batsman for the Kent and Worcester county cricket teams and worked in finance before enrolling at USC three years ago.

Mr Dodd said he was delighted to have been chosen by Cricket Australia for the international tournament, and was confident his team would perform well in England.

“Inclusive cricket is something that the major sporting bodies are really starting to get behind, and there’s a real buzz around this tournament,” he said. “It’s fantastic to be coaching on an international tour while I’m still studying.

“Generally, I don’t coach the players with an intellectual disability any differently to how I would treat any other first-grade cricketer. They just want to be considered as athletes.

“Communication-wise, I tweak things a little bit, but you do that in every team, because everyone learns in different ways.”

Mr Dodd will hone the team’s performance throughout the three-week tournament, which will include four one-day matches, followed by a run of four Twenty20 match-ups.

He aims to use the skills he has gained in his USC degree to build a career in coaching at a national or international level.

“Coaching is a competitive field and I wanted to make sure the knowledge that I could bring to a team would be first-rate,” he said. “That’s why I decided to study Sport and Exercise Science at USC.

“I believe that having that thorough understanding around strength and conditioning, injury recovery, statistics and performance analysis can really set me apart.

“I’ve only got one semester left, and after that I’m hoping to gain a full-time position in the coaching field – potentially in youth or women’s cricket.”

Details of study options at USC will be available at Open Day at the Sippy Downs campus on Sunday 23 July. 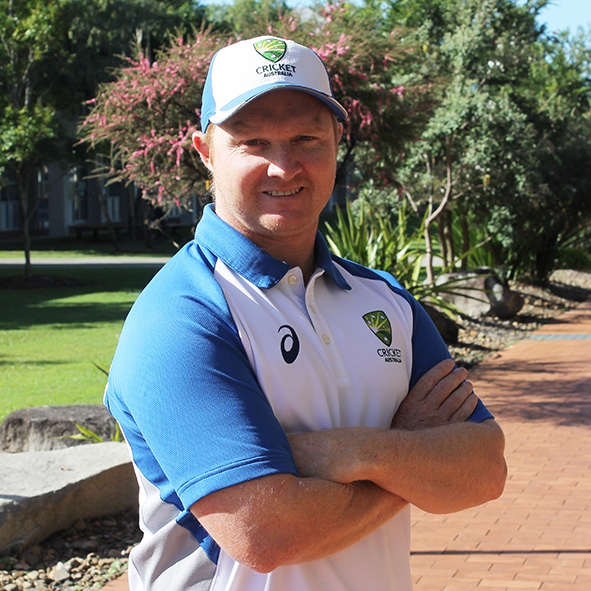