The University of the Sunshine Coast will provide a bright show of support for the USC-based Sunshine Coast Lightning ahead of the inaugural Suncorp Super Netball grand final on Saturday 17 June.

Staff and students have been encouraged to take part in Lightning’s “wear yellow to work day” on Wednesday 14 June to highlight their enthusiasm for the team that is a joint venture of the University and NRL club Melbourne Storm.

Lightning will take on the Sydney-based Giants at 7pm on Saturday at the Brisbane Entertainment Centre in what is expected to be a hard-fought, close contest.

Only one goal has separated the teams on the two occasions they have clashed this season, with one win apiece.

Lightning officials have called on as many Sunshine Coast supporters as possible to attend the match in the 10,000-seat venue at Boondall, with tickets available online via Ticketek. Lightning's grand final merchandise also is available online.

In a message of support to the team, USC Vice-Chancellor Professor Greg Hill congratulated Lightning players on making themselves an integral part of the USC community.

“They’re fantastic ambassadors for sport and education and engagement,” he said. “All our best wishes go with them into the grand final.”

USC will run a free bus for USC staff and students, as well as their friends and families, to travel to and from the grand final. 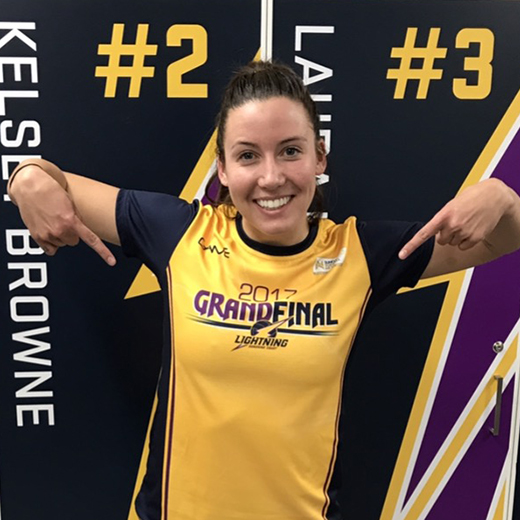