A USC graduate who used skills from his Arts degree to work across countries from Canada to Nicaragua is now a Brisbane-based software engineer for one of the world’s leading travel companies, Expedia.

“I started contributing to a project a year ago to support the development of an internal web application that helps Expedia manage and migrate work into our cloud infrastructure,” said the Brisbane resident.

“Under direction from US teams, I’m now contributing to the implementation of user-facing web applications for Expedia engineering’s internal cloud tools globally.”

The 2008 Arts graduate said his two USC majors (Computer-Based Art and Design, and Australian and Cultural Studies) had given him the knowledge and skills for a career that started in graphic design at a Caboolture print house, evolved into web development and included a three-year working holiday.

“I gained business experience working in Vancouver as a designer in marketing at a global accounting software company,” Mr Ringrose said.

“Then I picked up design and development work while my wife and I backpacked across North, Central and South America.

“An awesome highlight was relaunching the website and business of a surf camp in Nicaragua that became hugely popular, with bookings months in advance.”

Mr Ringrose, who went to Caboolture State High School, said he chose to study at USC at Sippy Downs “because I wanted a different experience from the inner city unis, and the beach and lifestyle were a bonus”.

“I didn’t choose a conventional curriculum path but I followed what I enjoyed in high school – art and IT – and loved it,” he said.

“Studying at USC helped shape my world views and beliefs. I was encouraged to break down privileges and biases, and I was exposed to a wide range of industry problems and mediums. With this mindset, I embraced career challenges as opportunities.”

Mr Ringrose said he hoped to expand into a software architect role. “I’d like to foster a design mindset among software engineering teams that are computer science-based.”

Applications are now open for mid-year entry to study more than 90 undergraduate and postgraduate programs at USC, starting Semester 2 on 24 July. 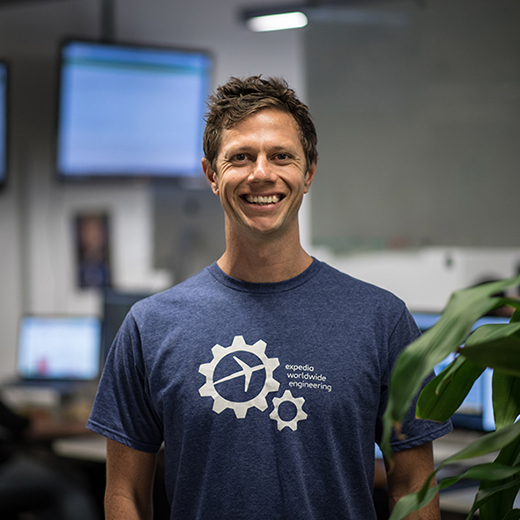