Dr Mark McKean, who is helping players maximise performance and minimise injuries, was celebrating along with Lightning’s home crowd at USC Stadium on campus at Sippy Downs last weekend after the team won its first home game in the Suncorp Super Netball.

“My 2010 USC doctorate in strength and conditioning and biomechanics, as well as my previous role as a Research Fellow at the University, complements my work with high performance teams very well,” he said.

As an adjunct senior lecturer in sport and exercise science at USC, Dr McKean is involved in research projects developed around high performance programs, as well as the long-term physical preparation of these teams.

“It’s always exciting to work with a national team, and even more so when it’s a foundation team with a new squad of players and coaches and support staff,” he said.

Dr McKean recently won the Bruce Walsh Memorial Award, the premier award of the Australian Strength and Conditioning Association, for outstanding service as a coach, educator, mentor and member of ASCA.

Sunshine Coast Lightning’s CEO, Danielle Smith, said: “Mark was offered the role after a rigorous recruitment process. As well as holding the highest qualifications available in the field, his two decades of exceptional work with elite athletes and his passion to assist the first national elite sport team on the Sunshine Coast made him a standout candidate.

“Being awarded the ASCA’s highest honour just weeks after his appointment confirmed his standing in the sporting community at a national level.”

Dr McKean’s work with elite swimmers for the past two decades has seen his athletes notch up more than 30 Olympic, Paralympic and World Championship medals.

He said he was delighted to be continuing collaborations at USC, where he first started working with Professor of Sport Science Brendan Burkett in 1998. Professor Burkett is now also Director of High Performance Sport at USC. 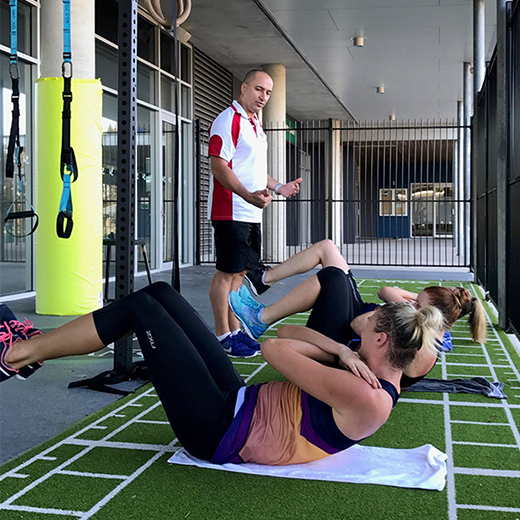