USC Vice-Chancellor Professor Greg Hill was invited to cut the ribbon at the official re-opening ceremony, in recognition of USC's contribution to the refurbishment of the facility over the past six years.

He was joined by USC staff members Dr Sheila Peake and Kevin Todd and Business student Ashleigh Farrell, who is currently undertaking an internship with South African National Parks (SANParks).

The University has played a key role in creating new information displays about elephants at the world-famous interpretive centre that has just undergone its first major revamp since opening in the 1970s.

Dozens of USC Design students have contributed works ranging from intricate pencil drawings and static displays to photography and 3D imaging, while students from other disciplines, like Public Relations and Events, have also undertaken internships at the centre.

Mr Todd, who is USC’s Associate Director for Conservation Design Projects, said the University had been working on this project since 2011, and almost a dozen students had completed placements at the elephant hall during that time.

“This scientific conservation artwork represents thousands of hours of work from our students,” he said.

“The students have produced some truly beautiful pencil drawings of tusker elephants, through to digitally remastered maps and information on elephant ecology.”

Dr Peake, who is USC’s International Relations Projects Manager, said that USC had gifted the production and shipping of the new displays to SANParks, which has involved more than 40 USC students in design work over the past six years. 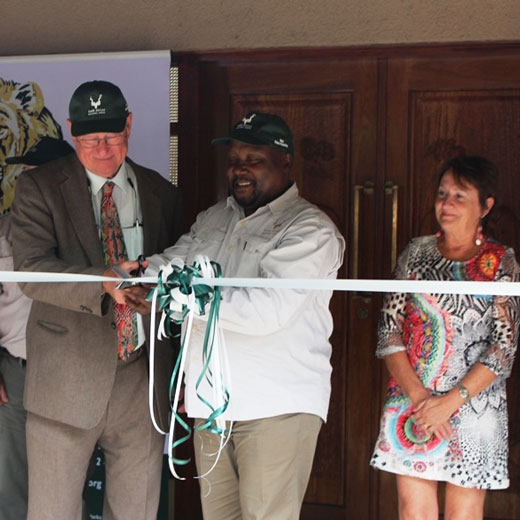