Within a few months, he went from hanging from the doors of helicopters and using a periscope rifle to engage targets in the Afghanistan conflict, to quietly sitting in lectures with other Bachelor of Nursing Science students at the campus in Hervey Bay.

“In March 2015, after a severe life-changing injury on duty, I left the British Army after more than 12 years in the military and four combat tours to Iraq and Afghanistan,” said the 38-year old, who studied and worked in IT before joining the Army.

“I suddenly had to see my future in a whole new light and decide what I could do and what I wanted to do.”

South-African born Mr Kroezen moved to Australia where he had family living in Hervey Bay and enrolled mid-year as an international student at the Fraser Coast campus.

“Nursing was the option that would give me job and life satisfaction,” he said. “In both the army and nursing, you work to make sure that somebody’s loved one goes home to them, and I saw this new career as giving something back to my friends who didn’t make it out.”

Now in the second year of his degree and working as a ward assistant at Hervey Bay Hospital’s Emergency Department, Mr Kroezen said he was enjoying his study experience at USC.

“USC Fraser Coast is a very good campus. It is smaller, which is beneficial because the lecturers have more time to spend with students, and the style of how they present the program is in-depth and student-focused.”

Despite the challenges he faced in daily combat, the former weapons operator said he was initially nervous about starting his degree.

“I didn’t know what the cohort would be like, if I was going to fit in, or how I would be getting my head back in the books again,” he said.

“I need not have worried as I found others were in the same situation. They had made life-changing career decisions as well, and I mean if I can do it, anyone can do it.”

Mr Kroezen, whose mother is a nurse, is interested in working in emergency medicine when he graduates and believes his army experience suits the fast-paced environment.

“In combat, you never knew what was going to happen from one minute to the next.

“It is like the hospital ED, where you never know what is going to come through the door and you have to always be prepared to help patients and your colleagues as well.” 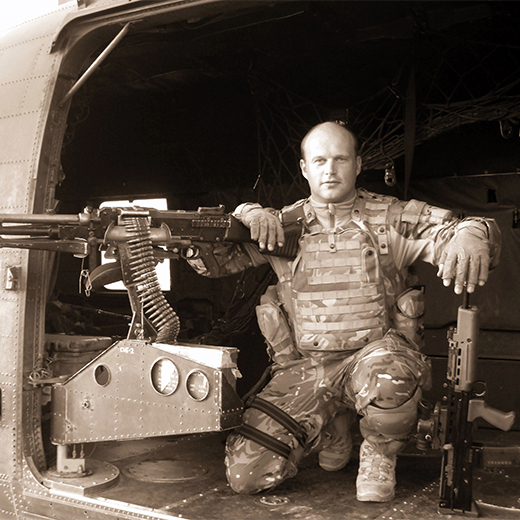