USC to show off its stormwater ‘big rig’ - University of the Sunshine Coast, Queensland, Australia

USC to show off its stormwater ‘big rig’

Engineers, developers and architects from around Australia are set to scale USC’s impressive stormwater testing rig during a special demonstration day on Friday 24 March.

The event, hosted by USC researchers and the Association of Hydraulic Services Consultants Australia (AHSCA) Research Foundation, will demonstrate the research potential of the unique structure, which has been designed to model how a large building’s drainage system would cope with various rainfall events.

At 7m high and 25m long, USC’s ‘big rig’ is the largest stormwater testing rig in the world, and is currently being used in a USC/AHSCA project investigating ways to improve the drainage capacity of guttering systems.

“This rig allows us to see how a roof drainage system would stand up to any kind of stormwater event – from a shower through to a serious storm,” he said. “The pumping system is one of a kind and fully programmable to model any possible storm event.

“The research that some of our PhD students are doing is likely to contribute to more comprehensive building standards in Australia, which will help mitigate flooding and drainage issues.

“The people coming along to these seminars sit on boards that make decisions about design guidelines and requirements in Australia, and AHSCA wanted them to get a first-hand look at what we’re doing.”

The rig research is conducted by USC’s Stormwater Research Group, which was last year named a joint recipient of Stormwater Queensland’s Excellence in Research and Innovation Award. 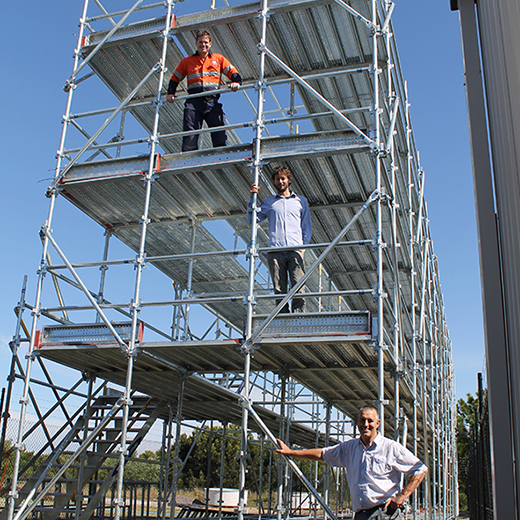