Six USC Spartans swimmers have qualified for the 2017 world championships after strong performances at the recent Australian titles in Brisbane.

Three swimmers from each of the USC Olympic and Paralympic high-performance squads are preparing for world title tilts in Hungary in July and Mexico in September/October respectively.

The efforts of these swimmers and their club mates at the Australian championships saw the Spartans finish second on points score, only two points behind renowned powerhouse club St Peters Western.

Spartans who qualified for the 2017 FINA World Championships, to be held in Budapest from 14-30 July, were Leah Neale and sisters Taylor and Kaylee McKeown.

Leah will compete in the 4x200m relay, Kaylee in the 200m backstroke and Taylor in the 100m and 200m breaststroke events.lie Cole, Braedan Jason, Blake Cochrane, Tay McKeown and Kaylee McKeown as well as coaches Chris Mooney and Nathan Doyle.

Spartans bound for the 2017 Para Swimming World Championships in Mexico City from 30 September to 7 October, are Braedan Jason, Blake Cochrane and Ellie Cole.

Mr Mooney said all Spartans swimmers competed well at the national titles, with many recording personal best times and improving their Australian rankings. But he was keeping a lid on his excitement about the results.

“The Olympics in 2020 is our main goal, so we’re not blowing our trumpet or getting too far ahead of ourselves just yet. There is still a lot of work to get through for our big goals that are down the track, including the Commonwealth Games in April next year,” he said.

Mr Doyle said the entire Paralympic squad was taking a “one in, all in” approach to training for the world titles, with all his swimmers set to attend training camps at the Gold Coast and in Cairns during the lead-up to the Para Swimming World Championships in Mexico. 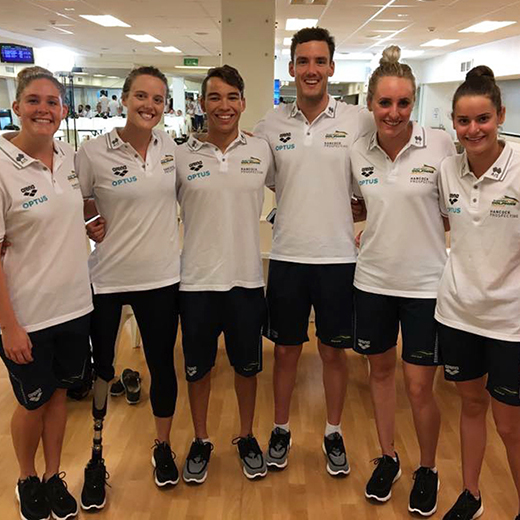