Former Nanango State High School vice-captain Nathan Trace is back at his old school as a science and physical education teacher after recently graduating from USC.

“Teaching and working with children is something I have always wanted to do,” said Mr Trace, 21, a talented AFL player who was named the South Burnett Saints’ best and fairest and players’ player last year.

“My dual Secondary Education and Science degree has given me the opportunity to come back to my local area, work with kids and play sport every day, so I am very happy.”

Mr Trace’s interest in sport has extended his teaching beyond the classroom. While at USC, he coached junior teams and ran the local AFL Auskick competition for the Nambour Football Club. He now coordinates Auskick in the South Burnett.

Returning to his home town has also allowed him to stay involved in the family farming business, Dunngullen Brahmans and Hay Supplies, which operates out of the Trace family property at Brooklands, near Nanango.

Mr Trace chose USC’s Sippy Downs campus for its location less than three hours from his home town and its small community feel.

“The lecturers and tutors made a genuine effort to learn about you and gave a lot of support throughout my degree,” he said.

“Being in smaller cohorts, we got to know everyone and help each other right through uni. Now, as teachers, we still share ideas and stories.”

Among his fellow students was his cousin Ashleigh Trace from Kingaroy, who also graduated in the same ceremony in April with a dual Bachelor of Secondary Education and Science from USC.

The Trace cousins were high achievers at their former schools. Nathan was awarded Nanango State High School’s highest honour, the Prix d’ Honneur, for being an outstanding all-round student in Year 12.

Ashleigh received a $6,000 USC Vice-Chancellor’s Merit Scholarship to study at the University based on her high academic achievement at Kingaroy State High School.

Applications are now open for mid-year entry to study at USC, starting Semester 2 on 24 July. Details on how to apply for more than 90 undergraduate and postgraduate programs can be found at www.usc.edu.au/midyear. 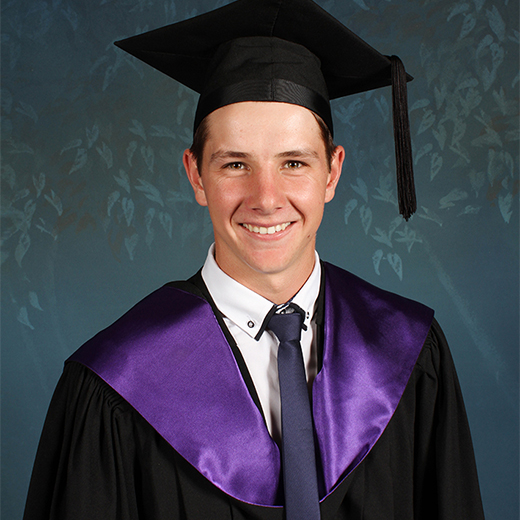