Becoming a doctor is the next goal for Mr Bliesner, who was awarded a University Medal for his grade point average of 6.8 out of a perfect 7 when he graduated with a USC Bachelor of Paramedic Science last month.

“The medical field is where my passion lies and the knowledge that I gained during my degree, combined with working as a paramedic, has only fuelled my desire to eventually move into medicine,” the 26-year-old said.

The former Kelvin Grove State High School sports captain who represented Queensland in rugby league while at school, and played in the AFL feeder team for the Gold Coast Suns, said his main priorities when he finished high school had been sport, fitness and travel.

“I travelled overseas after high school, including a six-month stint playing AFL in Toronto, Canada, before my wife and I decided that we wanted to go to university,” he said.

“I was a qualified personal trainer and I felt that a Paramedic Science degree from USC would allow me to expand my interest in fitness into the health realm.”

With his wife Phoenix, also a Kelvin Grove State High graduate, Mr Bliesner enrolled mid-year in 2013 in USC’s free Tertiary Preparation Pathway to improve his eligibility for admission into the University’s Paramedic Science degree for the start of 2014.

He was initially surprised by his high academic results. “Sometimes I look back and I think it wasn’t really that hard but I realise it was because I loved what I was doing,” he said.

“USC does such a good job with its Paramedic Science degree. I found it really fascinating and was easily able to pick things up because I had a real interest in it.”

He was selected in the Queensland Ambulance Service’s first graduate intake for 2017 and was on the job as a paramedic in Metro South, Brisbane, just one week after his last exam.

“Dealing with real-life situations is very different from simulation training, however I was confident in my theoretical knowledge from my degree.

“The experience gained in placements along with the training received from the Queensland Ambulance Service helped me to implement that knowledge in a practical sense on the job.” 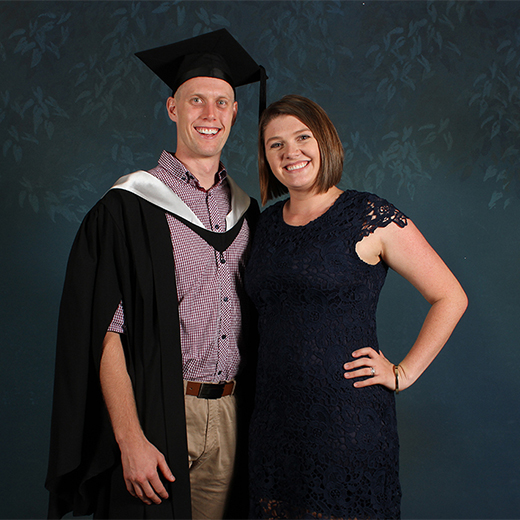