A five-member genetic research team from the University of the Sunshine Coast is part of an international collaboration that has identified the complete DNA set of a freshwater snail notorious for transmitting a deadly parasitic disease to people in developing nations.

USC Associate Professor of Molecular Biology Scott Cummins said the Biomphalaria glabrata snail hosted a parasitic flatworm, known as a blood fluke, that could be transmitted to humans via skin contact in contaminated waterways.

Dr Cummins said the joint paper, published globally overnight, could help find new ways to reduce the human incidence of schistosomiasis, or “snail fever”, by preventing the snails from hosting the worms in the first place.

Schistosomiasis is a tropical disease ranked second to malaria. It kills more than 200,000 people every year in developing countries, especially in Africa. More than 207 million people are infected.

The paper, ‘Whole genome analysis of a schistosomiasis-transmitting freshwater snail’, was published overnight in the Nature Communications journal.

“This was an exciting project led by the University of New Mexico and involving the expertise of researchers across the Americas, Europe and Asia,” said Dr Cummins, of USC’s GeneCology Research Centre.

“The work in Australia involved a collaboration with Professor Don McManus at the QIMR Berghofer Medical Research Institute in Brisbane, which can house the snails for research.

“We wanted to know what the snail smells like to the parasite, and how the snail uses its own sense of smell.

“We discovered that pheromones released by the snail may be used by the parasite to locate the host snail.

Dr Cummins said there was potential for science to change these pheromones, receptors or neurohormones to prevent the parasite from entering the host snail.

“With the World Health Organisation aiming to eliminate schistosomiasis as a global health problem by 2025, there is renewed emphasis on snail control,” he said.

“Our research will be ongoing, and could expand to numerous other parasite diseases that require a snail host.”

Read the full details of the paper here. 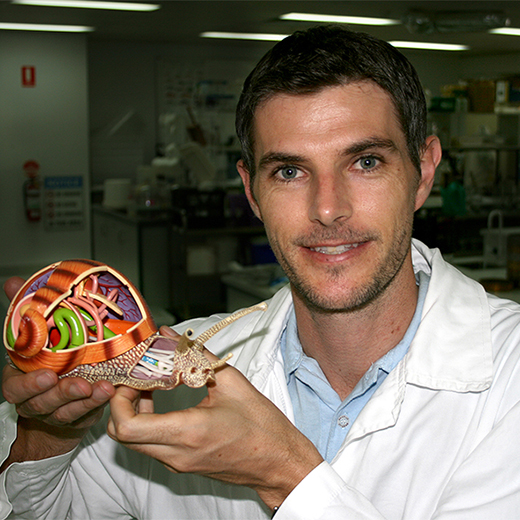