A University of the Sunshine Coast researcher has helped uncover the secret behind the explosive leaping ability of leafhopper insects – a discovery that could help create better technology in the future.

The seven-year study, conducted with research partners at Cambridge University and the University of Bristol, found that leafhoppers use tiny, adhesive pads on their hind legs to provide stability as they propel themselves at g-forces as high as 40-50gs.

These unique sticky pads are only activated when extreme speed is required, and enable the insects to rapidly launch themselves into the air even from smooth surfaces like glass.

Tracking the rapid jumps of leafhoppers was no mean feat, said Dr Clemente, with researchers using a high-speed photron camera capable of filming 4,700 frames per second to capture the movement.

“These are phenomenally fast jumpers,” he said. “They can go from the pre-jump stage – where they’re simply sitting there – to being in the air in milliseconds.

“The insects don’t need to have the stickiness activated when they’re walking around, because it might get damaged or contaminated. This type of velocity-dependent adhesion is something that has never been seen before.

“Leafhoppers are known to cause significant damage to many agriculture crops, and knowing more about their movements gives us a better chance of controlling them.”

Dr Clemente said the physiological attributes that contributed to the leafhopper’s jumping ability could be applied to a range of technology, including robotics.

“The principles from the leafhopper could be used to design a small robot that moves around autonomously, and uses explosive jumps to overcome obstacles,” he said.

“There would be a whole range of applications for that style of robot, but I’m particularly interested in the potential for disaster recovery, such as after an earthquake.

“We could also take the principles of a velocity-dependent adhesive into the area of transport – imagine designing a brake system that’s only active when you start travelling over a certain speed.” 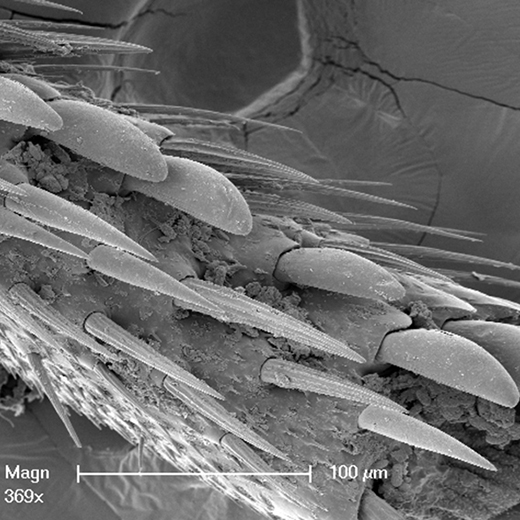