USC Occupational Therapy student Annabella Sorby has scored a place in the Australian Under 19 netball squad after a stunning performance at the recent National Netball Championships in Canberra.

The Buderim resident is studying under USC’s innovative High Performance Student Athlete (HPSA) program, which was introduced this year to assist athletes achieve excellence in both their sport and study simultaneously.

Annabella impressed selectors with her efforts in goal and wing defence for the Queensland team, which finished second at the national championships.

So now, as well as preparing for her first end-of-semester exams at USC, she is gearing up for a high-performance camp at the Australian Institute of Sport in Canberra in June that will include intensive training and development sessions with specialist coaches.

The former Matthew Flinders Anglican College student said her selection in the national squad had come as a surprise, after she spent the tournament focussed on contributing to a strong team performance by the Queensland side.

“It’s a good reassurance that I’m mixing it with the top players,” she said. “The camp will be great – I’ll spend four days doing intensive sessions with a range of coaches and support staff, and we’ll get access to some fantastic facilities at the AIS.

“I would love to get signed one day for a Super Netball club, but for now I’m just focussed on working hard and balancing my studies.”

Annabella recently finished a season with the Netball Queensland Fusion in the Australian National League, an elite pathway competition one tier below the Suncorp Super Netball League.

Annabella said the High Performance Student Athlete program had helped her balance her Occupational Therapy studies with her intense training and travel schedule.

“When the national league was on, I was training most days of the weeks – we might have one rest day,” she said. “The high-performance program has helped a lot, with a travel subsidy, seminars, and the flexibility in gaining extensions on assignments.

“I actually find that I do better when I’m busier, in both my netball and my academic life. I’m really enjoying how hands-on my courses are. I’ve been doing a practical placement at a special school this semester, which has been really interesting and eye-opening.” 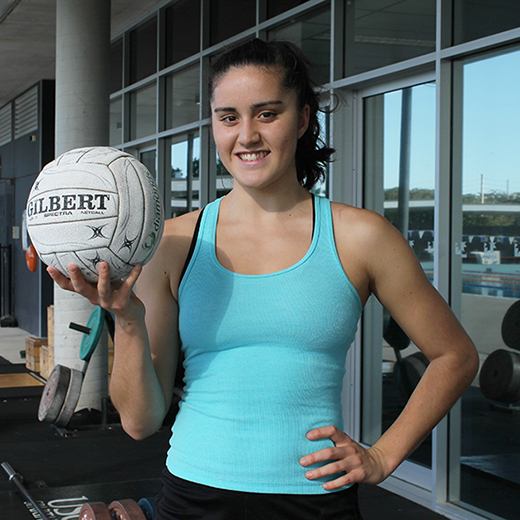