The University of the Sunshine Coast has launched a collaborative five-year research program to advance airport pavement technologies and practices across the country.

The $2.85 million program is a partnership with the Australian Airports Association, Department of Defence, Perth Airport and Sunshine Coast Council (owner of Sunshine Coast Airport). Further airports are likely to join.

USC researcher Dr Greg White, an airport pavement engineer who has worked in the RAAF and private industry, has been appointed director of the program.

“This is the first nationally-funded, coordinated research program into airport pavements since Australia’s major airports were privatised in the 1990s, so it’s a fantastic opportunity for USC to innovate in collaboration with industry and Defence,” Dr White said.

The program will employ several Master and PhD students, and postdoctoral researchers.

Dr White, who graduated from USC in 2015 with his PhD on aircraft-induced shear stresses and their impact on asphalt runway surfaces, said the exciting new research would be practice-focused and involve trials at airports including Sunshine Coast and Perth.

Early outcomes were expected in areas such as:

He said there had been little coordinated advancement in runway construction and maintenance in recent decades, despite innovations in design, materials and technologies and immense changes in aircraft.

“In addition, there are plans for the construction of five new runways across Australia in the next decade – including one on the Sunshine Coast – so it’s a great time to undertake this research and support its implementation at a number of major airport developments,” he said.

The Canberra-based association, which represents more than 300 airports and aerodromes, is a leading advocate for national policy relating to airport activities. 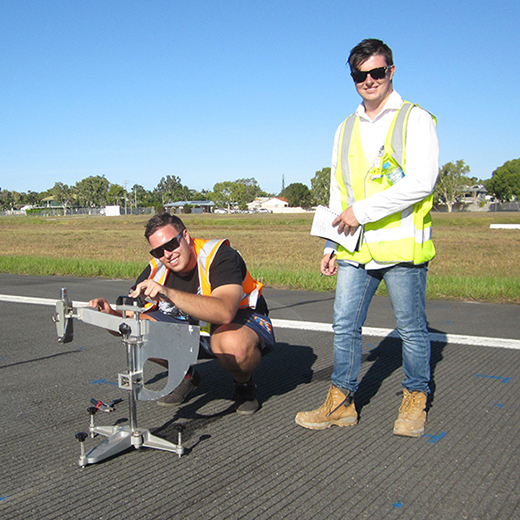