An exhibition that brings together a selection of artworks made by the Fraser Coast’s Regional Arts and Tutors (RATS) group during a residency on K’Gari (Fraser Island) will open at the USC Art Gallery on Thursday 23 November at 6.30pm.

The exhibition, Beach to Birrabeen, will be officially opened by leading environmental conservationist and founder of the Fraser Island Defenders Organisation (FIDO) John Sinclair AO, who recently became an Honorary Doctor of USC.

FIDO invited RATS to accompany scientists involved in a seven-day BioBlitz on the island in December 2016. This involved a series of field studies across a defined area aimed at developing an inventory of the natural resources and species.

The artists – Gina Davey, Kelli McGregor, David Probyn, Valerie McIntosh and Jo Williams – were immersed in the environment alongside the scientists and produced artworks during the residency and afterwards that are showcased in this exhibition.

USC Art Gallery manager Megan Williams said the exhibition included painings, printmaking, drawings, photography, sculptures and installations that illustrate a range of subject matter from portraits of the scientists to exquisite renditions of the native flora of the island.

“The result is an exhibition that gives a sense of the diversity and uniqueness of K’Gari,” she said.

Ms Williams said the artists and scientists who participated in the BioBlitz clearly shared a deep curiosity and appreciation of the natural environment.

“The benefits of art and science collaborations will be further explored in a disuccion with a group of artists and scientists involved in the project and chaired by USC’s Dr Kim Walker on Wednesday 6 December at 6.30pm.”

Beach to Birrabeen will continue until Friday 22 December. The USC Art Gallery is located at USC’s Sunshine Coast Campus on Sippy Downs Drive, Sippy Downs. It is open free to the public from 10am to 4pm Monday to Saturday and closed Sundays and public holidays. 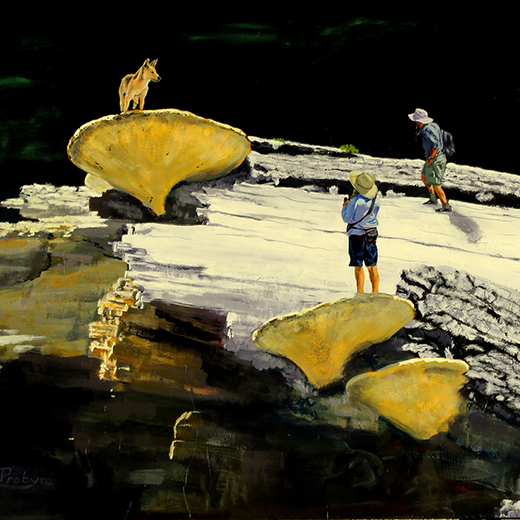