A USC graduate from Redcliffe is on her way to Texas in the United States after gaining a position as a human resources coordinator with the Four Seasons Hotels and Resorts.

Ms Wildermuth, who completed her degree at USC’s SouthBank campus, said her ambition was to become a HR director at the international luxury travel company that operates more than 100 hotels.

“My career goal is to work at Four Season hotels around the world to learn about dynamics involved with managing human resources in various locations and cultures,” she said.

The job is a perfect fit for the former Grace Lutheran College Rothwell student whose love of travel and the hotel industry has taken her on adventures around the world including five years working at the Four Seasons Resort in Whistler, Canada.

To celebrate completing her degree, she hiked through the remote South American country of Patagonia, and recently returned to explore South America before starting her new role in Texas in December.

Ms Wildermuth said she chose to study at USC because it had a great Business program, and selected SouthBank as the campus because it was small and in the middle of Brisbane’s cultural precinct.

“I loved being at the Southbank campus as the classes were more one-on-one. I feel privileged to have had such great lecturers and tutors who were very supportive in my studies,” she said.

Information on studying at USC 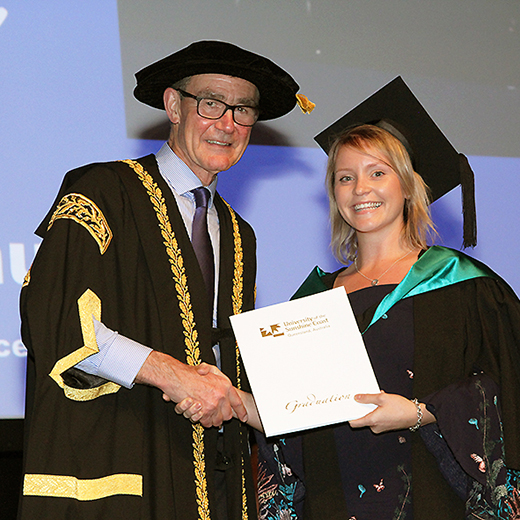