University to honour its sporting champions - University of the Sunshine Coast, Queensland, Australia

University to honour its sporting champions

Elite swimmers, champion netballers and a host of talented athletes from a wide variety of sports are in the running for the major prizes at USC’s annual Sports Awards Ceremony tomorrow (Thursday 2 November).

The ceremony at USC’s Innovation Centre auditorium will include a Q&A session with Sunshine Coast Lightning goal shooter Caitlin Bassett, who recently captained the Australian Diamonds in the Quad Series against New Zealand, England and South Africa, and a presentation about USC’s High Performance Student Athlete Program.

USC Sport and Operations Coordinator Gary Moore said USC had been well represented by its students across many sports in 2017.

“We’ll be recognising some outstanding performances with the traditional ‘Half Blue’ and ‘Full Blue’ awards for excellence, as well as the Sportsperson and Team of the Year,” he said. “The ceremony is about honouring their commitment and drive to succeed in sport.”

USC also presents a ‘USC Green’ award each year to a student volunteer who has helped boost sport at the University. 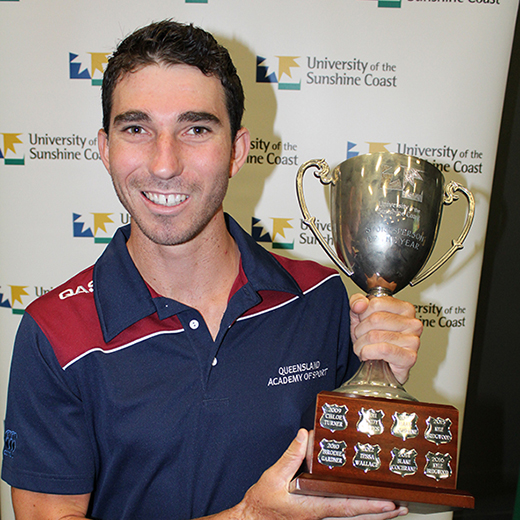