Graduate was ‘never held back’ by disabilities - University of the Sunshine Coast, Queensland, Australia

Graduate was ‘never held back’ by disabilities

‘Little by little’ was the mantra that inspirational graduate Shane Connelly of Maroochydore used to earn a USC Business degree despite setbacks associated with multiple disabilities.

Shane, 39, who is visually impaired and lives with mental illness and kidney disease, was among 400 graduates to cross the stage at USC’s graduation ceremonies at the Matthew Flinders Performance Centre in late September.

The occasion was the culmination of 11 years of tenacious effort by Shane, whose enrolment at USC in 2006 was prompted by a desire to have a social, hands-on university experience.

His severe short-sightedness and his renal (kidney) decline symptoms – which include extreme exhaustion – meant that attending classes and completing assessments required particular dedication.

Shane said receiving his degree from USC’s Chancellor Sir Angus Houston AK, AFC had been one of the proudest moments of his life.

“I was incredibly nervous crossing the stage, but then it started to sink in that I’d actually done it,” he said. “After 11 years of sometimes pretty painstaking effort, I’ve finally finished, and I’ve got the degree to show for it.

“I think it came down to really enjoying what I was learning – I really loved the Marketing side of Business – and just a desire to prove to myself that I could do it.

“You have good times and bad times, but ultimately I just chose to never let my disabilities hold me back.”

Shane is now planning to begin a USC Master’s degree, confident in the strong support he received from USC academics throughout his undergraduate degree.

“I got the degree under my own steam, but I had a lot of people helping me on my journey, and I wanted to do it for them,” he said. “It made a huge difference knowing that my tutors and lecturers really wanted me to succeed, and my fellow students were great too.

“If there was anyone else with mental illness or another disability who was nervous about studying at uni, I’d tell them that you don’t know what you can achieve until you try.

“I was never an academic person. But nothing’s impossible if you’re willing to work.” 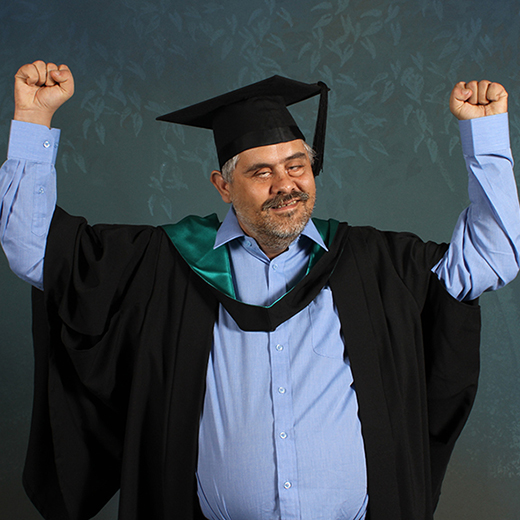