A passionate conservationist who has devoted more than 45 years to protecting Fraser Island will receive an Honorary Doctorate from the University of the Sunshine Coast.

John Sinclair AO, who is the founder of the Fraser Island Defenders Organisation (FIDO), will receive the honorary award at a USC Graduation Ceremony on Thursday 28 September at 6pm.

Mr Sinclair started FIDO in 1971 in response to applications for sand mining on the island and, over the next decade, fought a series of staunch legal battles on behalf of Fraser Island.

Under the leadership of Mr Sinclair, FIDO led a number successful campaigns to protect Fraser Island against environmental threats such as logging, and now focuses on the conservation of the whole Great Sandy Region.

Mr Sinclair said he was humbled that USC had chosen to acknowledge his environmental conservation efforts with an honorary doctorate.

“I left school when I was 15, so to be receiving a doctorate is not something one ever expects,” he said. “I’m highly honoured and extremely grateful to the University.

“I’m very pleased that my efforts have been recognised by USC, and I’m very much looking forward to accepting the award in front of family and friends at the Graduation Ceremony.”

Mr Sinclair said FIDO had developed a strong connection with USC over a number of years, including through the University’s Dilli Village research site on Fraser Island. 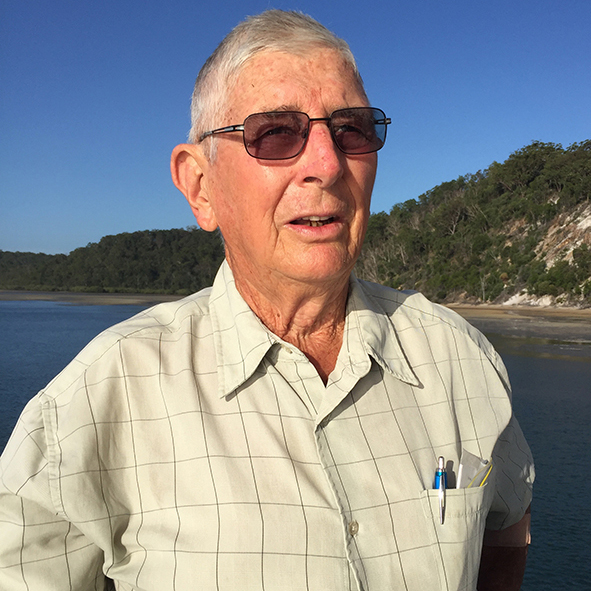