A woman who runs the largest helicopter flight academy in the Southern Hemisphere and regularly volunteers to help Tanzanian midwives save the lives of newborn babies has claimed the title of USC’s Outstanding Alumnus for 2017.

Captain Becker and her husband, Mike, founded the Marcoola company in 1996 and now have a fleet of 18 Bell 206 turbine helicopters and a fixed-wing Duchess aircraft that they use to provide 15,000-18,000 hours of pilot training a year to an annual cohort of about 120 students.

Their students are both civil and military pilots, and the training available extends right up to the most advanced night vision goggles specialisation.

As well as being a commercial helicopter pilot, the 2009 USC Nursing Science graduate works as a midwife locally and founded the non-profit organisation Midwife Vision to offer education and support to midwives in some of the most under-resourced areas of the world.

As part of this, she volunteers two to three times a year in a labour ward in Tanzania – which delivers up to 100 babies a day – where she helps train midwives in neonatal resuscitation.

“It’s such an honour to receive this award from USC,” Captain Becker said. “It’s very special. This helps put the midwives of Tanzania on the map. It’s saying that we see you and the work you’re doing – and to be a small part of that is magic.

“Tanzania has the worst statistics for neonatal baby and mother survival in the world. The work (in resuscitating babies that don’t breathe on birth) is raw and it’s real and it’s happening on the same planet that we live on here.”

Her experiences in Tanzania prompted Captain Becker to recently begin a Higher Degree by Research at USC focusing on “The silent voices of the midwives of sub-Saharan Africa – managing neonatal resuscitation and very early neonatal death”.

The talented graduate is also Chair of the Cherish Foundation, supporting gynaecological cancer research, and a board member of the Prince Charles Hospital Foundation.

She has two daughters who, not surprisingly, are also high-achievers. Michaela, 22, is a first officer with Jetstar and Chase, 21, plans to study medicine when she completes a combined degree in Midwifery and Nursing at USC.

2013 Nutrition and Dietetics graduate Megan Leane of Gladstone received the Alumnus of the Year – Rising Star award, which recognises those who are under 35 years old or who graduated in the past five years.

Megan established herself as the only practising private dietitian in the Gladstone region when a GP Super Clinic opened there four years ago. Her clinic has grown from one day a week to a full-time practice and she has contracts with Queensland Health, Gladstone Ports Corporation, Gladstone Regional Council and Headspace Gladstone.

USC’s Alumnus of the Year – Regional Achievement award went to 2004 Environmental Science graduate Mathew Davis, who has worked in environmental management, especially water quality monitoring, across South-East Queensland and beyond.

Mathew founded Australian Coastal and Marine Ecology in 2013 and his team has worked on many infrastructure projects, including a major contract for the Moreton Bay Rail Link Project. 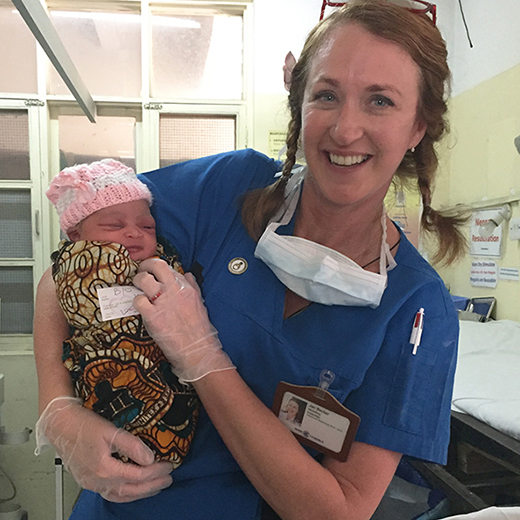