A renowned Australian poet and arts figure who has voluntarily taught literature to retirees on the Sunshine Coast for the past 16 years will be awarded a USC Honorary Doctorate.

The University will present the award to Dr Bruce Dawe on Thursday 28 September at the first of four Graduation ceremonies, to be attended by several hundred new USC graduates with their families and friends.

Dr Dawe AO has taught local students of the University of the Third Age (U3A) since he moved to Caloundra in 2000. His voluntary involvement with U3A started in 1993 in Toowoomba after he retired from academia.

Dr Dawe’s previous awards include the Patrick White Literary Award, the Australia Council for the Arts’ Emeritus Writers Award, the Centenary Medal and the Order of Australia.

His teaching career began at Downlands College, Toowoomba, in 1969. Two years later, he started teaching English and literature at the Darling Downs Institute of Advanced Education, then continued at the University of Southern Queensland until he retired as Associate Professor of English Literature.

Dr Dawe, who is already planning new classes for his Sunshine Coast students in 2018, when he turns 88, said the new honorary award recognised the importance of U3A in the literary area.

“Education and literature both deepen our imaginative understanding of our language and the world,” he said.

“I enjoy the U3A opportunity to encourage literary studies among 50-years-plus folks. Many of my students are university graduates. It provides ongoing intellectual stimulation – it’s a form of therapy.”

Dr Dawe said he kept in contact with USC’s activities through his step-daughter, Lara Qualtrough, a 2016 USC Arts graduate now studying a Graduate Diploma of Education (Secondary) at the University.

Ms Qualtrough “fell in love with stage management” during her degree and last year was among the first graduating cohort of USC’s Drama major. 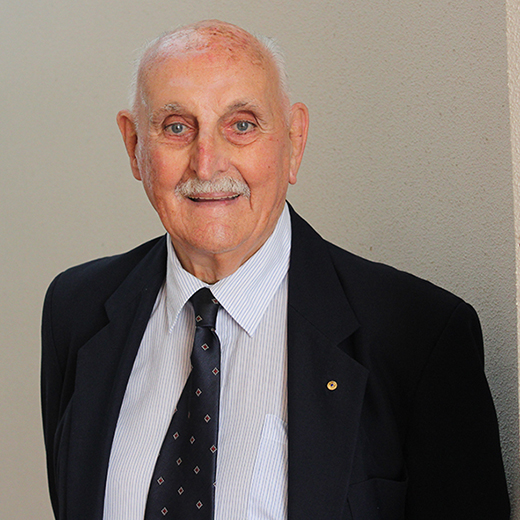