More than 200 USC students will take to the field, track, court and pool when the Australian University Games begin on the Gold Coast on Monday 25 September.

It is the largest team from USC to compete at the annual event, which will see 8,000 students from 42 universities vying for glory in more than 30 sports, including fencing, table tennis, cheer and dance, and sailing.

USC Sport’s Gary Moore said he expected USC to perform well in men’s football, women’s futsal and men’s futsal, after impressive results from these teams at the Northern Uni Games earlier this year.

The USC team will be led by Jacqueline Gofton, who is competing in cheer and dance, and futsal player Yoel Jogiono. 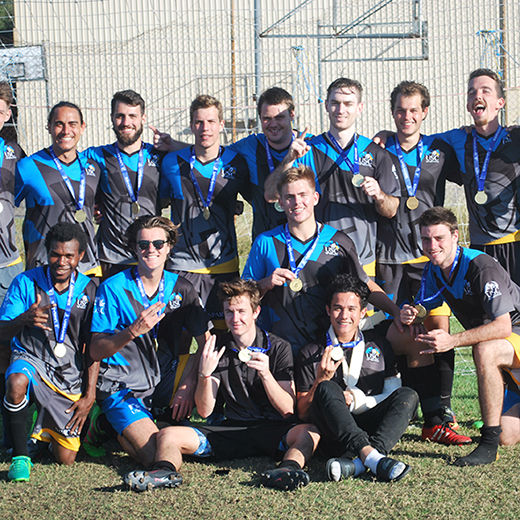